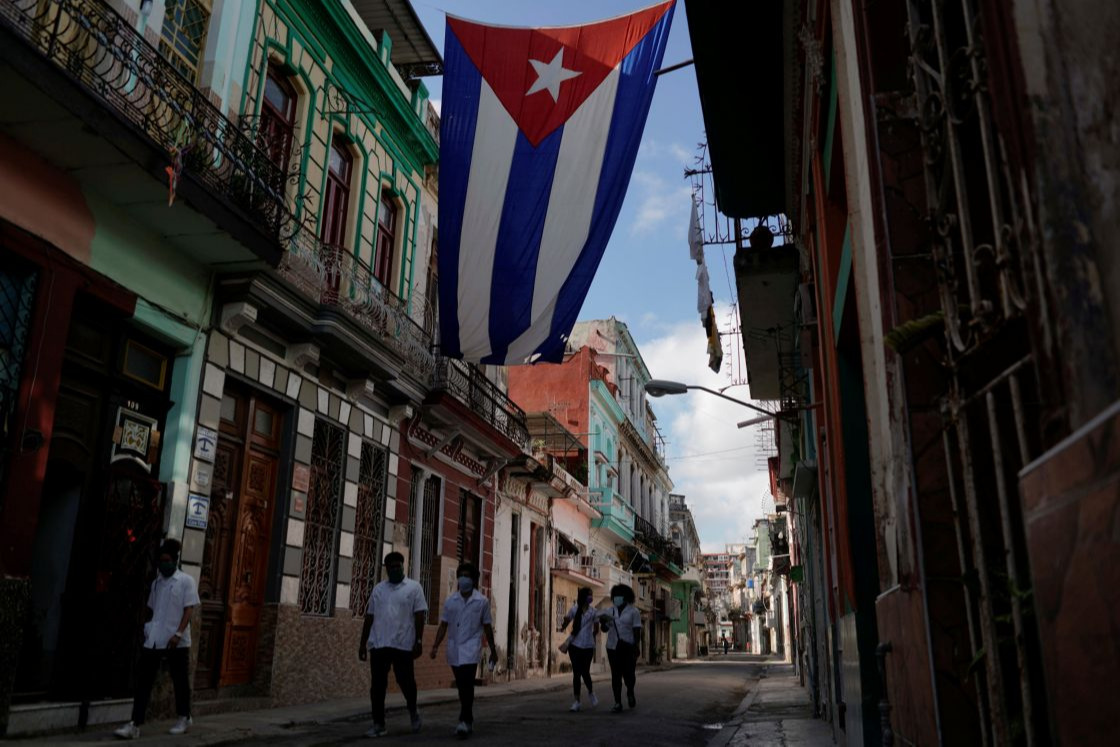 The social outburst of the past July 11 of this year was, without doubt, a shock to all of us and not precisely for the lack of evidence and signs. Like an Olympic Marathon, social media networks spread slogans, orientations, fake news, photoshopped images, etcetera, in every corner of the world.

The purpose was to manipulate, confuse, and deceive public opinion both nationally and internationally regarding the socio-political situation of the country.

The objective was clear: to take advantage of the dramatic circumstances of scarcity and needs produced by the suffocating U.S. blockade in addition to incidental events such as the spike in numbers of COVID victims and the breakdown of the island's main power plant, Antonio Guiteras, in Matanzas,  which affected not only the energy production but also water supply.

We should also add the difficulties in the necessary food and medicine supplies that cause long lines to get products, a new kind of mob that operates a black market born as a direct result, and the mistakes caused by the delayed implementation of economic measures approved long-ago, including food production.

At least from what is publicly known, the subversive coup-oriented operation was not revealed and exposed, not even warned to the population by all means at hand. A single and excellent documentary called the Algorithm of Dictatorship, aired by Cuban TV, was the best warning of this past weeks. However, since it was not conceived by a media campaign, it could not cause the psychological and political effect that would lead to the necessary social awareness necessary to alert that there was an aggression in the making.

Both Cuba and today's world are different from what they used to be in years gone by. Even more distant from the Cuba of the early years of the Revolution, which makes it impossible to use the same methods of analyzing and crisis management that worked in the past.

Due to our insufficient political and patriotic efforts, there is a depoliticized young group of the population that cannot understand the need to resist imperial policies. They long to have a better life and cannot find a quick way to achieve their goals.

Days have passed since the events described, and as usual, many interpretations come up. Meanwhile, media campaigns of the USA and its allies keep relentlessly accusing Cuba of human rights violations and other atrocities with the flagrant intention of creating the necessary conditions that are conducive to a military intervention by the United States.

The revolutionaries need to reflect and learn from this experience. The United States and its fascist government are the first culprits. Still, it is essential to acknowledge that we are also responsible for the mistakes we made that demand a critical analysis, not only superficial allusion. We must deepen on their reasons, their root causes, and how to solve them. In November 2005, Fidel showed and warned us in a speech at the University of Havana that the Revolution itself could only destroy the Revolution.

The calling to the revolutionaries and communists must be to move into action, to the front line of combat: to fight the counterrevolutionaries inside and outside the country, to fight bureaucracy and apathy. To fight what is wrong, to fight disappointment and distrust. To fight formal meaningless directions, in two words: create ideas, defend ideas, and conquests.

To fight against the enemy and bureaucracy would be the duty and responsibility of this historic moment. To use of political, social, and mass organizations, supported by the duties and rights provided by our socialist Constitution, not to avoid direct confrontation and not to be afraid to face conflicts, because as Fidel on many occasions indicated: the best way to defend oneself is to take the offensive.

The combat and confrontation of ideas are taking place today at the base of society, in the block, in the neighborhood, in the community. It is there where the Party and the social and mass organizations must and have to battle, not to oppress, but to convince, to explain, and if necessary, to inform the leadership of the Communist Party and the government about the difficulties, misunderstandings, and shortages.

Passivity makes us accomplices of mistakes and negative tendencies that Fidel foretold in his time.

The enemy campaigns carried out on social media by mercenaries of Cuban origin living in Florida and by media operations of traditional bourgeois media must be confronted without hesitation. It is necessary to denounce them, to warn our people, to unmask them from within, taking advantage of the enemy's need to publicize their slogans, orientations, and contact with their internal promoters, activities that can be prevented and neutralized, without unnecessary mobilizations, that could wear down and exhaust our forces before the expectation of long combat.

External solidarity, as has been called for, should be strengthened to its higher expression, both in Miami and other U.S. cities where honest Cubans live, as well as in different cities of the world, where Cuba's solidarity is well known.

Once again, FIDEL summons us to a battle of ideas, which consists in debating and not in imposing, in convincing, in listening and understanding arguments, and accepting those ideas that are fair, because this does not imply giving in principles, on the contrary, in any case, it reinforces our CONCEPT OF REVOLUTION, THAT FIDEL LEFT US AS HIS LEGACY.