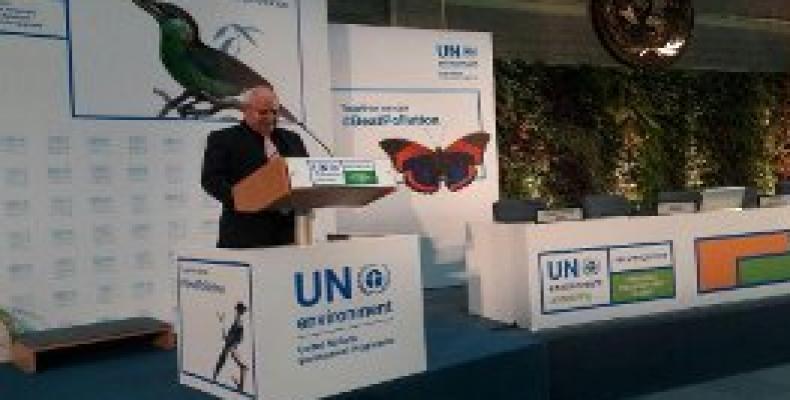 Addressing the UN meeting, Santana noted that as early as 1976 Cuban revolutionary leader Fidel Castro addressed the devastating consequences of the depletion of natural resources, pollution, uncontrolled population growth, poverty and wars, all of which he warned threatened the very survival of our species on the planet.

The senior Cuban official condemned the fact that industrialized nations earmark billions of dollars every year to military expenditure, money that he said could be used instead to finance development projects in Third World nations and climate change mitigation and adaptation.

The Cuban deputy environment minister stressed that despite limitations imposed by the U.S. blockade on Cuba, the Caribbean country exhibits a sustained, effective work toward environmental protection.

The United Nations Environment Assembly is not only the highest authority on the Environment within the United Nations. It is also an ideal platform for bringing together different stakeholders: Governments, Civil Society/Major Groups, Science and the Private Sector to enable them to work together to tackle the shared and unprecedented challenges the world is facing.

Environment authorities of all countries around the world are gathered in Nairobi, discussing the status, trends and actions needed to be taken to address pollution in all its forms: air, marine, freshwater, soil and land, including chemicals and waste.