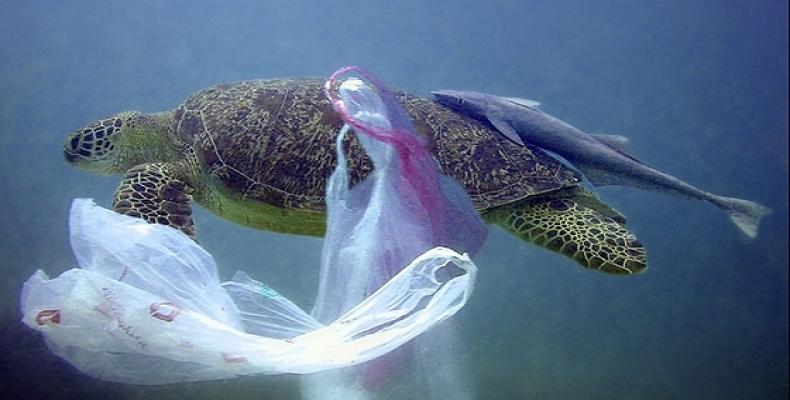 Microplastics are everywhere. They've made their way into our food and water supply. There's no doubt we're ingesting them.

Microplastics pollution is everywhere. From your toothbrush and your drinking glass to the packaging on your food and the protective case on your phone, think about all of the times in just a day that you use plastic. Since we began mass producing plastics in the 1940s, somewhere around 8.3 billion tons of plastic has been produced and, as of an estimate done in 2015, 6.3 billion tons—so, near 80%—of that has been tossed into landfills. An astonishing 20,000 plastic drink bottles are bought every single second with less than half of those collected for any type of recycling.

According to the National Oceanic and Atmospheric Administration, it takes a plastic bottle 450 years to biodegrade. That’s about the same amount of time it would take for a synthetic diaper to biodegrade. That means just about every water bottle that was ever produced or used is still hanging around. And an estimated 8 million metric tons of plastic—an amount as heavy as 90 aircraft carriers—makes its way into the ocean every year.

Any piece of plastic less than 5 millimeters in size is considered a microplastic. Microplastics can come from a few sources, including those small beads found in some soaps and lotions that are usually sold as good for exfoliation. Microplastics also include microfibers that are shed by the millions from synthetic clothing like fleece, acrylic, and polyester with each wash. Secondary microplastics are the smaller pieces of once larger plastic items, including anything from toys to furniture.

Where is microplastic waste found?

Microplastics are found just about everywhere. And that’s not an exaggeration. They’ve been found on the coast of Spain, in the Yangtze river in China, in the Great Australian Bight, the Mariana Trench, in lakes and rivers across the United Kingdom, and in 12% of freshwater fish in the United States.