Wasp Network to be released at the Havana Film Festival 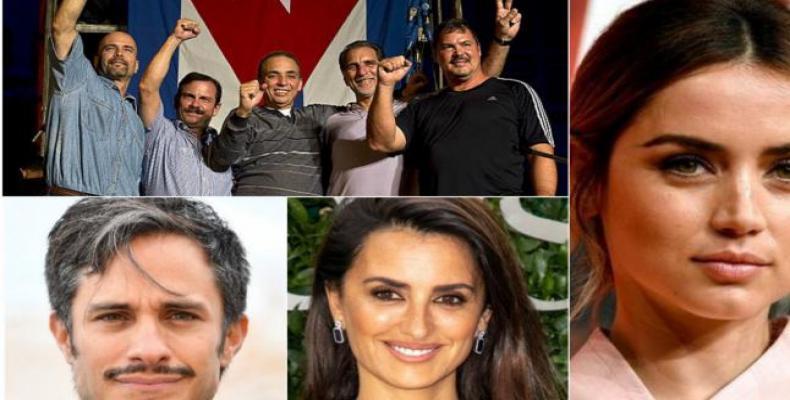 Based on the argument of the book The last soldiers of the Cold War by Brazilian writer Fernando Morais, the movie tells the story of five Cuban anti-terrorists -Gerardo Hernández, René González, Antonio Guerrero, Fernando González and Ramón Labañino- infiltrated in anti-Cuban groups in the United States to prevent attacks on their country coming from US territory during the 1990’s. The co-production between France, Spain, Belgium and Brazil was screened during the 76th Venice International Film Festival and its cast includes renowned Spanish actress Penelope Cruz and Mexico’s Gael García Bernal. The film has been successfully screened at important movie festivals, such as Toronto in Canada, San Sebastian in Spain and New York in the United States.

From December 5 to 15, this edition of the New Latin American Film Festival will also include, in the galas section, the films Emma ​​by Pablo Larraín (Chile); Parásitos by Bong Joon-Ho (South Korea); Chicuarotes by Gael García Bernal (Mexico); Marighella by Wagnar Moura (Brazil) and the documentary Diego Maradona by Asif Kapadia (United Kingdom).