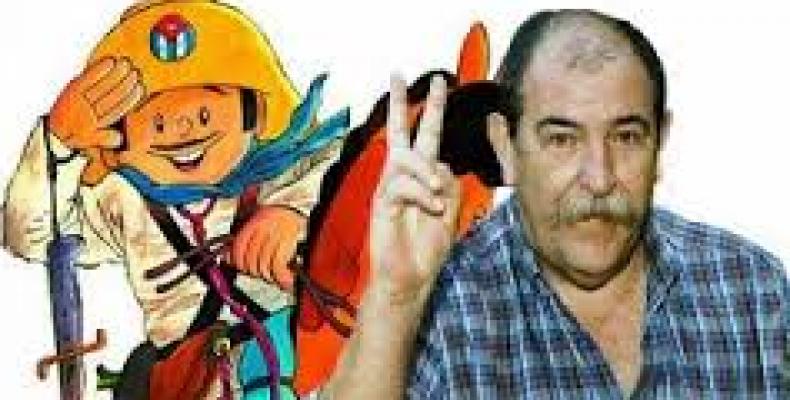 Havana, March 24 (RHC) -- Cuban cartoonist and filmmaker, Juan Padrón, creator of the legendary Elpidio Valdés cartoons, died on March 24, after having being hospitalized for almost a month.

Her son, Ian Padrón, released the news on his Facebook profile:  ‘Our beloved father, Juan Padrón, has just passed to posterity at 5.20 a.m. today, March 24, 2020. The last “mambí” struggled for his life for 20 days and leaves the world full of love and tranquility. We thank all doctors, friends and admirers who, throughout these days, have shown their love and admiration for the great artist who is already part of Cuba and Cuba’s independence. We will always remember you as the funniest, humble and great human being that we have ever met in our lives. Thank you for “Elpidio Valdés”, for “Vampires in Havana” and above all, for being such a noble, loving father and husband. Goodbye, “compay”! ’

Graduated with a Degree in Art History at the University of Havana in 1978, since 1973 he was already working at the Cuban Film Institute’s Animation Studios. In 1970, he created the famous character Elpidio Valdés, who appeared for the first time on the pages of the weekly "Pionero" and who was later included in both series and animated films.

During his fruitful life, he received decorations and prizes, such as the National Film Award in 2008, the Distinction for National Culture, the Alejo Carpentier Medal, the Félix Varela Order, various Coral awards at Havana’s International New Latin American Film Festivals, among others. Three of his films are part of the collection of New York’s Museum of Modern Art MOMA.