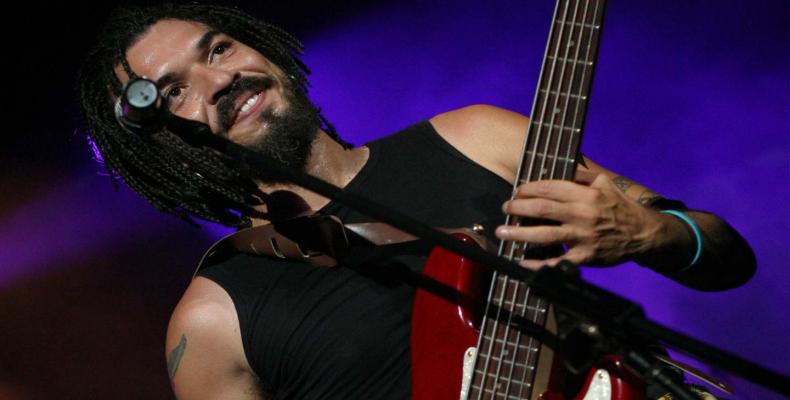 Cuba’s X Alfono has released a new music video for his single ‘Solo es tiempo de dar amor’ included in his sixth and latest album ‘Inside.’

The new music video is now available on the artist’s official webpage and the digital platform Bonus Track.

In statements to Cuban press, X Alfonso said that more than just a new album comprising 13 tracks, Inside is an ambitious twelve-month project that reflects his life experiences and everything he’s learned about music and photography.

Presentation of Inside began in September 2019 with the release of one new song each month up until September 2020. A big concert is scheduled for October 2020.

X-Alfonso has developed a multifaceted career as a composer, musician, singer and filmmaker.

He started his career with Estado de Animo, an avant-garde fusion group of the Cuban scene. In 1990, he joined as singer and composer or co-composer to the Cuban group Síntesis, a pioneer band that explores the fusion between Afro-Cuban music—Cuban roots—and contemporary music.

X Alfonso started his solo career in 1998, and since then he has recorded six albums, characterized by a mixture of jazz, hip-hop, Cuban folklore, funk, electronic, and other contemporary sounds.

Considered one of the most important artists in contemporary Cuba, his music has always revolved around roots and exploration.

As a video clip maker, X Alfonso is one of the most awarded artists at the Lucas Awards in Cuba. In 2009 he conceived the Cuban Art Factory, which has become a brand-new space with transmedia vocation and where emerging young artists (musicians, filmmakers, painters, dancers) converge with others with a longer career.

Since 2015, the Cuban Art Factory has become one of the most important cultural projects in Cuba, given its artistic proposal, the environment and the audience that have made it worthy of being considered one of the one hundred best places in the world, according to TIME magazine.

In 2010 X Alfonso was named a Goodwill Ambassador of UNICEF for his artistic work with and for children.