University of Havana is ranked among top global universities 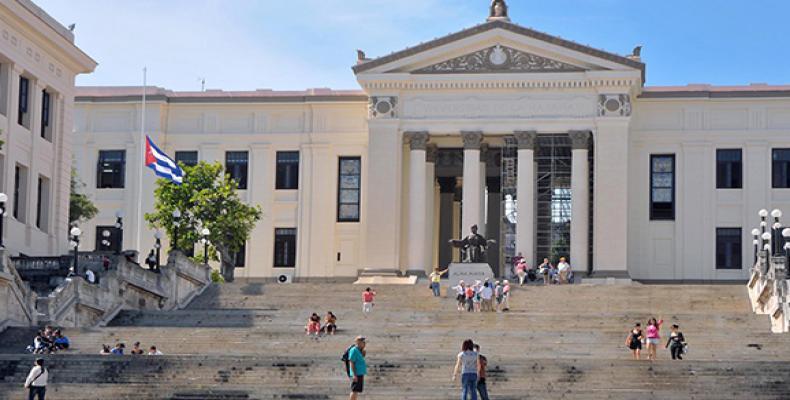 Universidad de La Habana (University of Havana) is ranked among the top global universities, according to the QS World University Rankings 2021.

QS Stars is a rating system that provides a detailed look at higher education centers from around the world to identify which are the best in some specific topics, including program strength, facilities, graduate employability, social responsibility, inclusiveness, and more.

Founded on January 5th, 1728, University of Havana is the oldest institution of its kind in Cuba, and one of the first to be founded in the Americas. It began as 'Real y Pontificia Universidad de San Gerónimo de la Habana (Royal and Pontifical University of Saint Jerome of Havana). It was originally housed in the Dominican convent of Santo Domingo in Old Havana. In 1842, it was no longer a religious institution and changed its status to become a secular institution.

This university is the cradle of the most advanced Cuban thought and action. It is considered the Alma Mater of Cuban higher education, and works permanently for academic excellence and social relevance, supported by a strong national and international projection.

Located in Havana, the capital of the Republic of Cuba, University of Havana comprises 16 faculties, 4 institutes and 18 research centers in a variety of fields, including humanities, natural, exact, economics and social science. In total, 38 undergraduate programs are taught. Also, the University of Havana develops a wide and varied postgraduate program that includes academic training (doctorates, master's degrees) and multiple professional improvement actions (courses, trainings, conferences and workshops) aimed at promoting lifelong education for university graduates.

More than 20,000 universities from around the world participated in the drawing-up of this World Ranking, and more than 5,500 were evaluated and considered for inclusion on this year’s list. A total of 82 countries managed to include at least one university among the top 1000 -- 12 of them are from Latin America.

Upon learning the news, Cuban president Miguel Diaz-Canel congratulated the teaching staff of the University of Havana, its students and workers for the high recognition. Diaz-Canel wrote on twitter that it is the result of a history of efforts for improvement and of educational and scientific contributions.