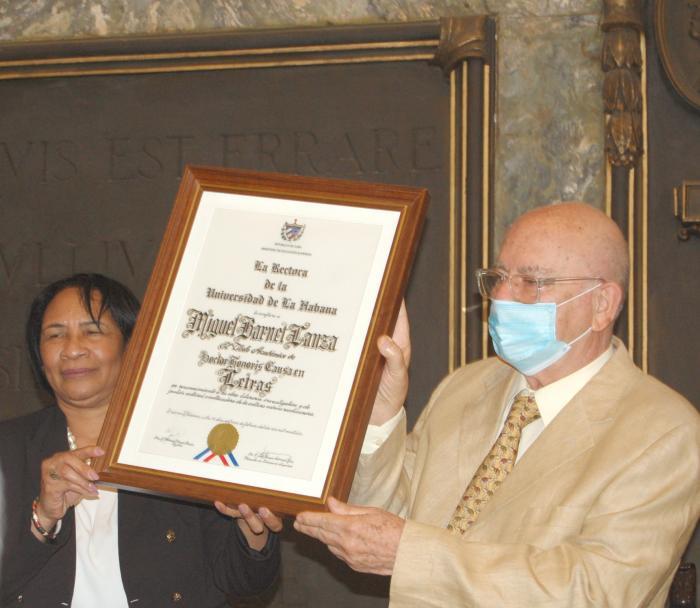 Havana, Feb. 18 (RHC)-- Cuban novelist, poet, ethnographer, and expert on Afro-Cuban culture Miguel Barnet has been awarded the Honoris Causa, granted by the University of Havana.

Barnet serves as President of the Fernando Ortiz Foundation, which promotes and preserves the works of his mentor, who was a prominent anthropologist and scholar of Afro-Cuban culture.

He is also the Honorary President of the Association of Artists and Writers (UNEAC).

‘The Honory Degree is far more than a deserved recognition for someone who is already a champion of Cuban culture,’ he said.

In 2012, World Literature Today published the English translation of his short story, titled "Fátima, Queen of the Night," and subsequently nominated it for the Pushcart Prize. He received the National Order of the Legion of Honour of France.

Miguel Barnet has been awarded Honorary Degrees also from the University of Merida in Mexico and the Higher Institute for the Arts in Cuba and received Cuba’s Alejo Carpentier Medal and the Félix Varela Order.