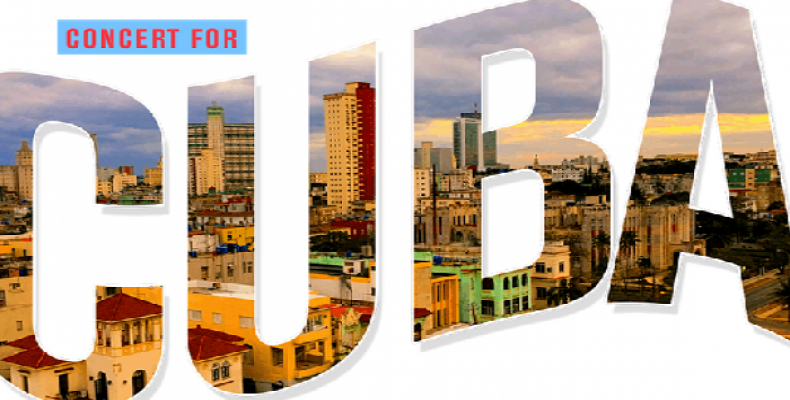 Havana, July 14 (RHC) -- Prominent art and political personalities as well as social activists in the US and Canada, with the Chicago based sociocultural organization Hot House as the center, launched the Concert for Cuba initiative, a virtual call that can be seen on July 18 and 19 through various digital platforms.

The performances will recognize the solidarity and volunteer contributions of Cuba to the fight against COVID-19 in the world, shown in the work of the Henry Reeve brigades in more than 30 countries and overseas territories, and will promote the candidacy of the health contingent to Nobel Peace Prize. It highlights the support that this action has received throughout the United States since the Hot House center began promoting it. The Committee for US-Cuba Normalization, Pastors for Peace, the Save Lives campaign, the International Committee for Peace, Justice and Dignity, Codepink, the San Francisco International Arts Festival and dozens of groups that promote the solidarity between the Cuban and US peoples support the concerts.

Famous actors Elliot Gould and Ed Harris, documentary filmmaker Catherine Murphy, writer Rosemary Mealy and Howard Mandel, President of the Association of Jazz Journalists, have also joined in. The concerts will open on Saturday at 7:00 p.m. Chicago time (5:00 pm on the Pacific coast and 8:00 pm in Havana, New York, and eastern Canada), with the Obert Davis Chicago Jazz Philarmonic, which has had exchanges with students from the Havana conservatories.