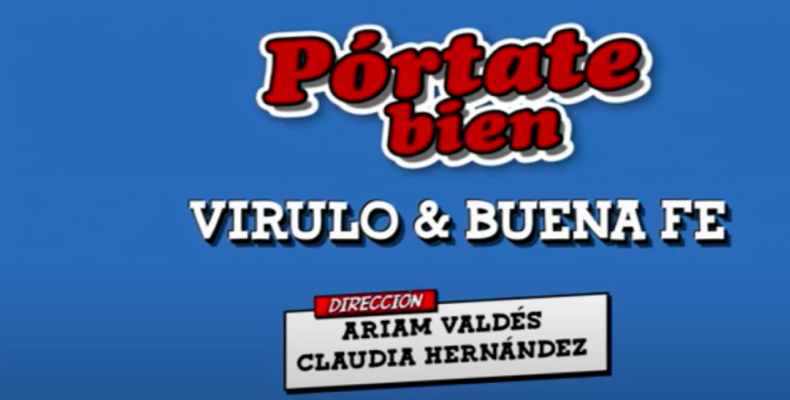 Cuban humorist Alejandro García –better known as Virulo—is the author of a new song, entitled “Pórtate bien” ‘Behave’, in which he uses humor to openly criticize those, whose reckless behavior contributes to the spread of the Covid-19 pandemic.

Cuba, which has been hailed as a success story in Latin America for its handling and containment of its coronavirus outbreak, had eased lockdown restrictions last month after cases dwindled to but a handful per day.

However, the country is now experiencing a rebound of cases, particularly in the western region, which is attributable to people letting their guard down, failing to physically distance or properly wear their face masks, which are obligatory in public spaces, and gathering in big groups.

The song, “Pórtate bien” aims to raise people’s awareness about the epidemiological situation in the country and internationally.