Frank Fernandez offers recital to a scientific entity in Cuba 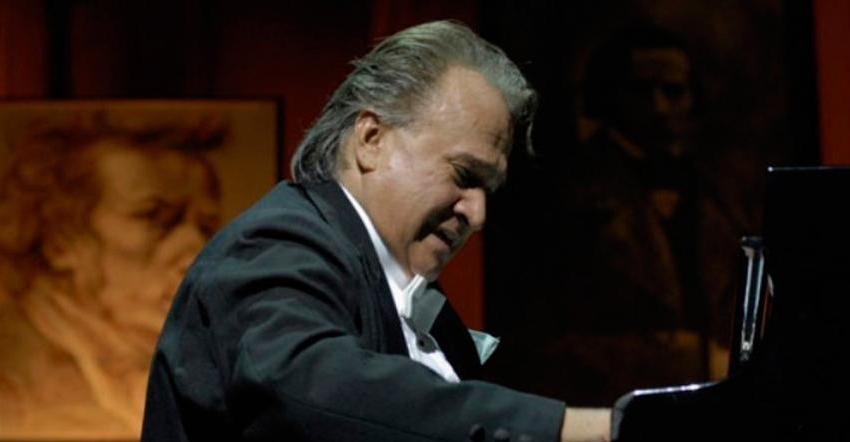 Havana, September 9 (RHC)-- Cuban pianist Frank Fernandez offered a concert this Thursday to the workers of the Cuban Immunoassay Center, on the occasion of the 35th anniversary of the founding of the scientific entity inaugurated by Fidel Castro.

The musical event with the virtuoso instrumentalist, invested with the Cultural Ambassador Distinction by the Latin Institute of Music in 2019, took place at the Covarrubias Hall of the National Theater.

According to the organizers of the event, this recital is part of a series of activities that, under the slogan 35 years at the service of Cuba, celebrates the birthday of the institution belonging to the Business Group of the Biotechnological and Pharmaceutical Industries (BioCubaFarma).

"At 35 years old, InmunoEnsayo continues to be the jewel referred to by the Commander in Chief. Its workers have known how to make it shine, contributing to the health of our people. Congratulations, dear comrades," wrote the president of BioCubaFarma on the occasion.

Likewise, the Prime Minister, Manuel Marrero Cruz and the Member of the Political Bureau, Roberto Morales Ojeda, joined the congratulations, who praised and thanked the work of the collective in the development of diagnostics and technologies for health institutions.

Considered as the father of the Cuban piano school, Frank Fernandez holds the distinction of Doctor Honoris Causa in Fine Arts awarded by the Universities of Morelos and Xalapa, in Mexico.

Recognized by the public and critics of 34 countries for his career as a performer of almost all classical and popular genres, the pianist has a catalog of compositions of more than 200 works for choirs, symphonic orchestras, chamber music, film and television.