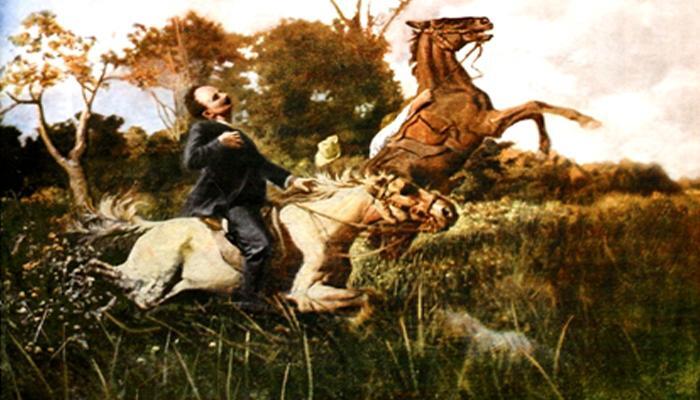 The 39 works of art on display at Havana’s Hispanic American Cultural Center  until June 20 belong to collections of the Cuban Fine Arts Museum, the Captain Generals Palace and the Center for Studies on Jose Martí.Curator Delia López says that the exhibit is not aimed at sending a new message, but putting the three institution’s collections at the disposal of the nation’s commemorations for the 120th anniversary of Martí’s death in battle on May 19. On display are paintings by renowned figures of the island’s fine and visual arts world, including Raúl Martínez, Pedro Pablo Oliva, and others who have intensely worked with the image of Martí.