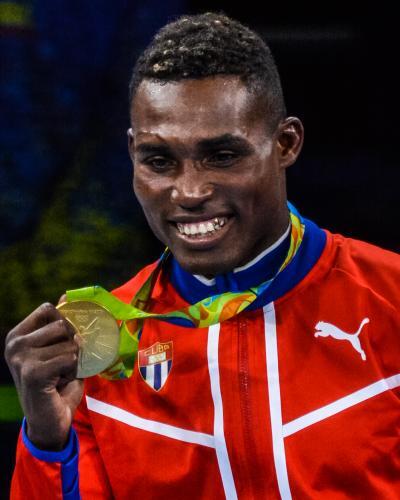 Lima, August 2 (RHC) – A total of four Gold medals were won by the Cuban Boxing team in Lima this Thursday.

During the first of the Boxing Finals, heavyweight Dainier Pero debuted in Pan-Am Games with a title, after beating Colombian Cristian Salcedo.

Olympic and World Champion Julio Cesar la Cruz imposed his own style and rhythm during the bout to defeat Brazilian Keno Machado and also came up with a Gold medal.  This one represents la Cruz´ third title in Pan-Am Games.

In a close bout, Welterweight Roniel Iglesias, 2-time Olympic medalist, was superior to Colombian Rohan Polaco and won the second title of the night for Cuba, after 3-time World Champion Lazaro Alvarez had defeated Dominican Leonel de los Santos in a rematch duel.

On the other hand, Yosbani Veitia had to settle with a Silver medal, since Dominican Rodrigo Marte was superior to him in almost every aspect of the fight.