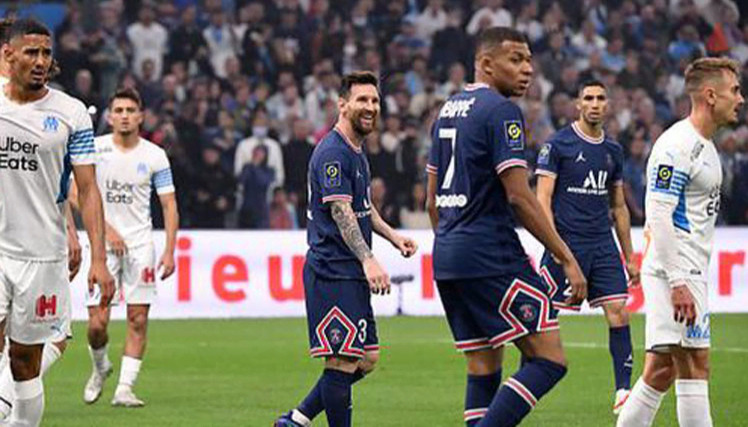 Paris, October 25 (RHC/PL)-- Olympique de Marseille did not take advantage of its home advantage and the expulsion of a Paris Saint-Germain (PSG) player and the French soccer classic ended 0-0 to close the 11th round of the Ligue1.

At the Vélodrome stadium in the southern city, the visitors lost full-back Achraf Hakimi to a red card in the 56th minute, but managed to avoid the Foco triumph in a duel surrounded by controversy due to the traditional rivalry between the two clubs.

The government's ban on Parisian fans travelling to Marseille to avoid violent incidents and the throwing of objects by local fans at PSG players marked in some way the 101st derby, which was interesting and with dangerous chances for both teams, until Hakimi's expulsion.

Marseille came with the draw on 18 points, fourth in the tournament, while PSG accumulated 28 and comfortably leads the campaign, ahead of Lens (21) and Nice (20).

PSG had their luxury trident Lionel Messi-Neymar-Kylian Mbappé back tonight, after the Brazilian was absent through injury on Tuesday when they hosted Leipzig at the Parc des Princes on Matchday 3 of the Champions League.

In other Ligue1 Sunday matches, Lens thrashed Metz (six) 4-1 to maintain second place, Nice came from behind to beat Olympique Lyon (16) 3-2 and Rennes (18) beat Strasbourg (14) 1-0 for their third straight win.