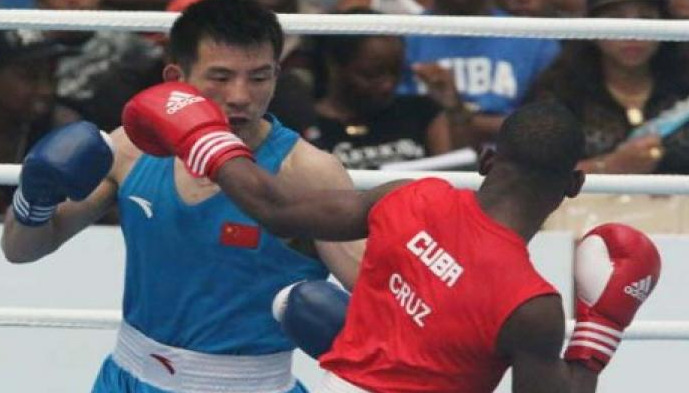 Havana, October 26 (RHC)-- Olympic champion Andy Cruz (63.5 kilograms) made his debut on Tuesday with a triumph in the world boxing championship in Belgrade, Serbia, to raise to three consecutive successes of the Cuban team in the fight.

With his triumph, the also two-time world champion not only kept Cuba's unbeaten pace, but also maintained his undefeated record in world championships, dating back to Hamburg 2017, where he won four bouts to reach his first crown of the orb.

Now he will have to fight six fights on his way to the title, which would take him to a pedestal with three world golds, only occupied in Cuba by such historic fighters as Teofilo Stevenson, Adolfo Horta, Felix Savon and Julio Cesar La Cruz, among a few others.

Cruz's debut in world competitions of the International Boxing Association (AIBA) was in Doha 2015 in the 56 kilograms, where he only achieved one victory.

In addition to Andy, baptized as 'the dancer of the ring', this Tuesday the debutant Yoenlis Hernandez (75 kilograms) will fight for Cuba in the world championship against Brazilian Wanderlei Pereira.

On Monday's opening day, two other rookie world champions were successful in their first bouts, Osvel Caballero and Kevin Brown.

Osvel Caballero (57 kg) was superior to Azerbaijan's Umid Rustamov, whom he defeated by unanimous decision of the judges 5-0, while the medium Kevin Brown (67 kg) also secured his first success without throwing a single punch, after his opponent, Jamaican Joshua Frazer, did not show up.

Cuba will try to improve in Belgrade the harvest of three golden prizes of the previous fair in Yekaterinburg 2019. So far, the so-called Flagship of Cuban sport has won 77 gold, 35 silver and 26 bronze medals in world championships.