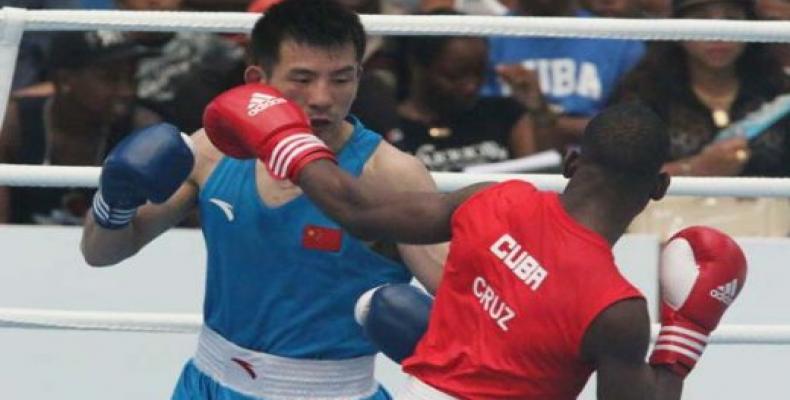 Havana, September 17 (RHC) - Cubans Erislandy Savon and Andy Cruz won their respective bouts in the World Boxing Championship of Yekarimburg, Russia, and they advanced to the Quarter-Finals, as Yosvany Veitia was eliminated from the event.

Cruz, reigning champion in the 63 kg division, defeated Kazahstani Zakir Safiullin, by unanimous decision, to achieve his second win of the event. Erislandy Savon also won unanimous decision by defeating Swedish Alexander Bwambale and will face this Wednesday Bulgarian Rodoslav Pantaleev, in a bout that will assure the winner a bronze medal.

On the other hand, the English boxer Galal Yafal, defeated the current World Champion of the 52 kg division, Yosvany Veitia. This bout represented the first loss of the Cuban team in the event.