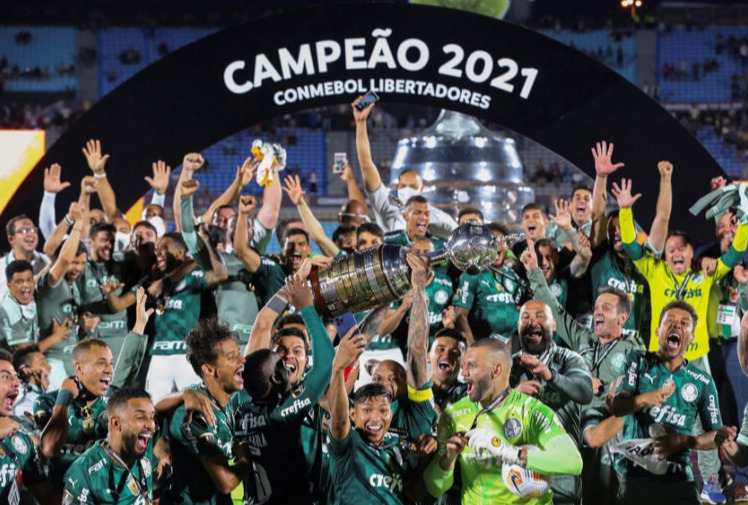 Havana, November 28 (RHC)-- Brazilian soccer team Palmeiras won its third Libertadores Cup in a match of great hierarchy against Flamengo, which ended by a score of 2-1.

With a good start, both teams went out looking for the rival's faults with their weapons from the start, prowling the areas, and it was the green shirts, through an accurate goal by Raphael Veiga through the center in the fifth minute, which broke the line.

From that early advantage, they played with more determination and closed spaces against a Flamengo that was not very active until the end of the first half.

The red and blacks came out more impetuous in the extra time and were rewarded in the 72nd minute, when a ball controlled by Giorgian De Arrascaeta ended in a good pass to Gabriel Barbosa, who shot at the goalkeeper's near post to seal a well-deserved 1-1 draw.

In regulation extra time, Palmeiras' technical director, Abel Ferreira, put Deyverson Brum Silva on the field and the striker went to press a very weak control on the opponent Andreas Pereiras' exit, stole the ball and scored 2-1 at 95'.

Around 27 thousand Brazilians attended the game in the historic coliseum, embellished for the occasion, with financial support from the South American Football Confederation, which sponsors and organizes the Copa Libertadores.