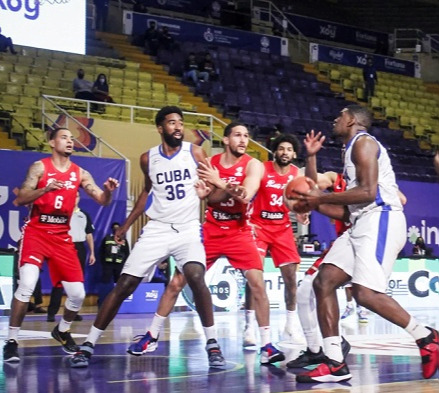 Havana, November 30 (RHC)-- The Cuban national team lost 60-66 against Puerto Rico in the closing of the first window for group D of the men's basketball qualifiers in the Americas with a view to the 2023 Fiba World Cup.

After opening with a very good first quarter for the second consecutive day, the Cubans lost in the next three quarters the effectiveness in the shots and plays to outwit the rival defense, to see the possibility of winning again against the Puerto Ricans, whose last time occurred in the 1999 Centrobasquet in this capital.

The team led by Eduardo Moya won the first quarter by 27-16 and in that interval showed an excellent effectiveness of 60 percent in field goals, something that decreased at the end of the game to 32 percent (22 in 68).

The scoring was very poor in the following halves, as they managed to maintain the advantage at the end of the second 16-21, but in the final two they fell by 7-16 and 10-16.

The Puerto Ricans did not perform at their usual level but it was enough for their first success.

Jasiel Rivero could not have a day like the previous one, with 34 points against the United States, although he had a double-double with 11 and the same number of rebounds.

Yoanki Mensía was the best scorer with 16 and Karel Guzmán and Yorman Polas both reached ten.

From the depleted bench with only five substitutes, this time only four units came from center Yoel Cubillas, who also grabbed 11 rebounds.

For the winners, the top scorer was the Cuban nationalized Puerto Rican Ismael Romero with 18.

Thus Cuba starts with two defeats to drop to fourth place in key D, whose first three advance to the next round to continue on the way to the seven tickets for the world call scheduled in the Philippines, Indonesia and Japan.

The next window will take place in February 2022 when Cuba will host Mexico on the 24th, which leads the section with 2-0 after defeating the United States 97-88.