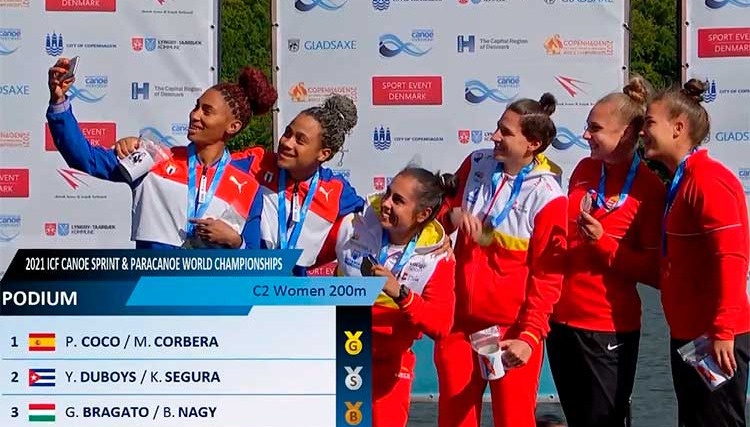 Cirilo and Nuevo at the World Cup

Havana, May 21 (RHC) - Cuba's Yarisleidys Cirilo and Katherine Nuevo continue to shine in the world's main canoeing tracks. Now they won gold and silver medals at the World Cup of speed in the Czech Republic.

In the C-2 200m, the world runner-up duo took the gold medal with a time of 42.06 seconds, clearly ahead of their counterparts from China and Moldova.

Cirilo and Nuevo continue to make history for Cuban canoeing, since in addition to having been finalists in the Tokyo 2020 Olympic Games, last year they won the silver medal in the C2-200 meters during the World Championship in Copenhagen, Denmark, the first in that sport in Cuba in its entire history.