Athletics: Cuban athletes with quotas to the World Championships increase to 16 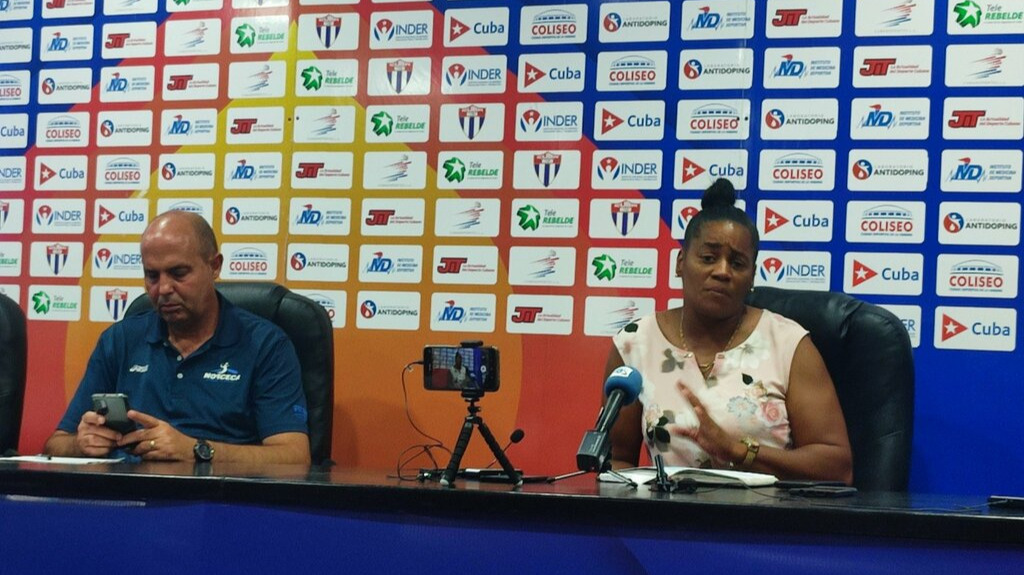 Havana, July 8 (ACN)-- Yipsi Moreno, National Commissioner of Athletics, confirmed in Havana that the number of Cuban athletes with quotas for the XVIII World Championships of this sport, to be held in Eugene, United States, from July 15 to 23, has increased to 16.

At the monthly meeting of the Sports Institute (Inder) with the press, held at the coliseum of the Sports City, Moreno said that the two who have tickets are Mario Diaz (discus) and Yiselena Ballar (javelin).

The delay in granting them the places was due to the fact that they kept for a long time in the ranking the name of competitors who are not nationalized in other countries, but continue competing for Cuba because they do not have another nationality, as is the case of sprinter Reynier Mena.
He also said that they are waiting for the possibility of Shainer Reginfo to qualify also in the 200 meters flat (m/p), instead of Mena, who does not belong to the national team.

Regarding the complex issue of the visa to the United States, he explained that it has not yet been fully resolved and there is uncertainty as to whether it can be resolved in time to attend the world event.

However, the athletes have not lost their motivation and hope to compete in the World Athletics Championships, he added.

He also pointed out that through World Athletics there has been communication with the U.S. Embassy.

The director explained that right now, officially, the entire delegation does not have its visa, hence the pertinent procedures are still being carried out to obtain them and guarantee the Cuban presence in that event, she said.

Also included are Maykel Massó, Olympic bronze medalist in the long jump, Liadagmis Povea and Leyanis Pérez, both in the triple jump, Roxana Gómez, Olympic finalist in Tokyo 2020 in the 400 meters, along with Rose Mary Almanza, in the 800 m/p and Yorgelis Rodríguez, in the heptathlon.

Completing the list are the high jumper Luis Enrique Zayas, the sprinter Reginfo, in the 100 meters, the triple jumpers Andy Echavarría and Davileidys Velazco, the short hurdler Greisy Robles and the discbola Silinda Morales.

In Doha 2019 Cuba finished in 12th place in the medal standings, with one medal in each color.