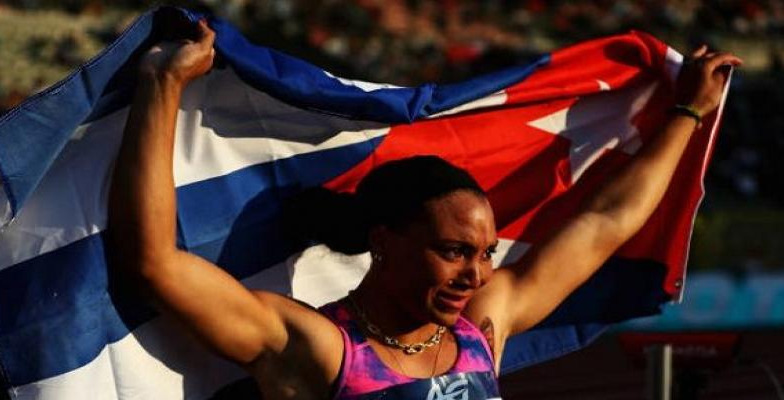 Although there could still be last minute changes, some fifteen athletes under the auspices of the Cuban Athletics Federation have qualified for the World Championships in Eugene, USA, scheduled for July 15-23.

Havana, June 29 (RHC) - Although there could still be last minute changes, some fifteen athletes under the auspices of the Cuban Athletics Federation have qualified for the World Championships in Eugene, USA, scheduled for July 15-23.

Qualifications were achieved by minimum marks (7 athletes), world ranking or by the status of world champions.

The triple jump, one of the strongest specialties in Cuban athletics, will have five athletes in Eugene-2022, three in the women's category and two in the men's category.

Cuba's big bet in the triple jump will be Lázaro Martínez, world indoor champion this 2022 and fourth in the ranking (17.30), who will be accompanied by the winner of the Junior Pan American Cali-Valle-2021, Andy Echevarría.

In the women's triple jump, the island achieved the feat of including three figures among the top 25 in the world, Olympic finalist Liadagmis Povea, the talented champion of Cali-Valle, Leyanis Perez, and the young Davisleydis Velasco.

Of the qualified athletes, long hurdler and world champion with the 4x400 relay, Zurian Hechevarría, will miss the competition due to an injury.

Sources from the Cuban Athletics Federation confirmed to Radio Habana Cuba that Zurian's absence caused a significant loss for the relay, which is why it was decided not to register him for the World Championship.

The official registration of the Cuban delegation to Eugene-2022 will take place on July 4.

Cuba occupies an outstanding ninth place in the historical medal count in the world field and track events with 60 medals (22-24-14). In the last version -Doha-2019- the island ranked thirteenth with three medals (1-1-1).