Cuba secures another final in the Under-20 World Athletics Championship 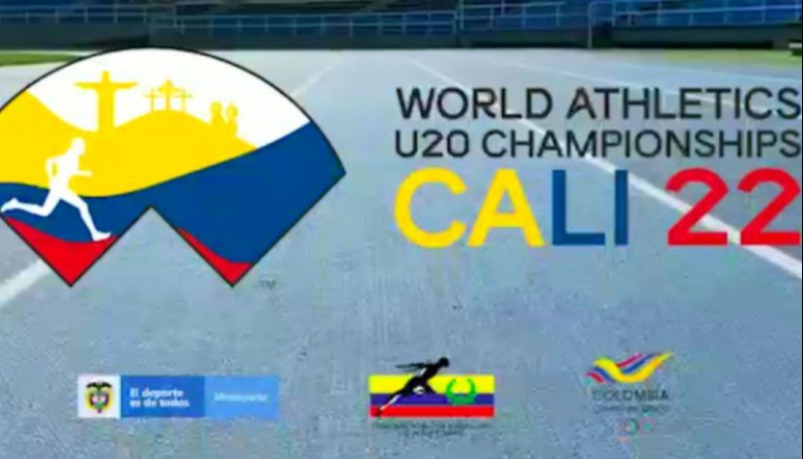 Cali, August 4 (JIT) - An afternoon of torrential rain took center stage during the third day of the World U-20 Championships in Athletics Cali 2022, in which Cuba enjoyed the qualification to the finals of its hammer thrower Leidis Viamonte and everyone was amazed again with that speed phenomenon called Letsile Tebogo.

The Cuban Viamonte arrived in this city with a personal best of 60.59 meters and 62 meters were required to advance directly to the medal discussion.

However, it was not necessary to meet the requirement. Her shot of 58.99 meters guaranteed her a place among the 12 candidates who will return to the throwing cage of the Pascual Guerrero Olympic Stadium this Friday to fight for a medal.

That happened a little before the sky in this city turned totally dark and what we call in Cuba a "palo de agua" began without warning, with gusts that swept away the judges' umbrellas and provisional railings.

It was then necessary to stop the actions, and two hours passed until the weather conditions made it possible to resume this Wednesday some tests and finally execute others.

With the order almost restored, but the track still wet, the semifinal heats of the women's 100 meters could continue, with Cuban Yarima García among the protagonists.

The Agramontina, who had a previous best time of 11.62 seconds, covered the distance in 11.56, and although she entered the finish line in sixth place without options to fight for medals, she said goodbye to the event with the satisfaction of setting a new personal best in her short career.

"I'm excited to set a personal best. I had set that for this semifinal, but I also wanted to be in the final," she said after releasing the tension with some tears.

"It's not sad tears, I think it's a little bit because of the effort and also because I wanted more. Tomorrow (Friday) I will look for a better result in the 200 meters," said Yarima, who will be this Thursday in the elimination heats of the double hectometer.

Late into the night in Cali, several records were enjoyed, such as the 1:59.12 minutes with which the American Roisin Willis set a record for the championship in 800 meters, or the 13.23 seconds of the Bahamian Antoine Andrews in 110 meters hurdles to equal the best record of the season for the category.

The program was completed by the triumph of Jamaican Tina Clayton, who in addition to redeeming her gold from Nairobi 2021, set another record for the competition with a time of 10.95 seconds.

And speaking of records, the new phenomenon of the international under-20 scene, Botswana's Tebogo, once again did his best and dominated the heats of the 200 with an extraordinary time of 19.19 seconds. Thus, Thursday's semifinals and final promise to go down in history.

After three days, U.S. athletes lead the medal standings with three titles, one silver and two bronze medals, while Kenya with 2-0-2 and Jamaica with 1-3-1 appear as runners-up.

A total of 22 nations have won at least one medal so far, including Cuba, which won second place in the long jump with Alejandro Parada.