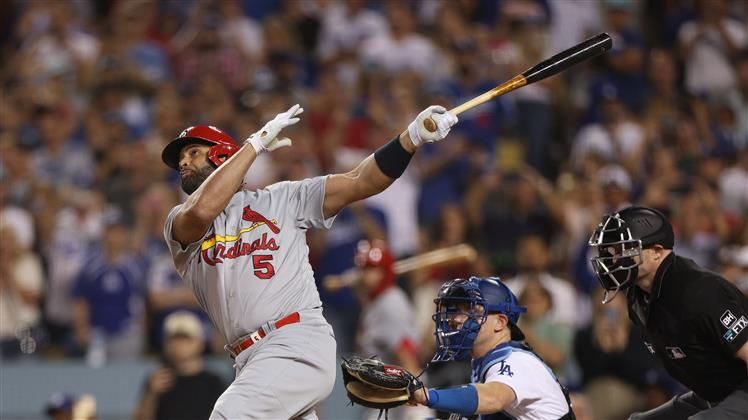 The quartet now appears in the history of both leagues as the only ones to hit 700 or more round-trippers.

Pujols became part of an even more exclusive group, joining Aaron as the player with at least 3,000 hits and 700 home runs.

He reached the latter figure - like Aaron - without a 50-homer campaign.

His last four-base connections were his 20th and 21st, for which he also joined Aaron (20) and Bonds (19) in the club of players with at least 18 seasons of 20 or more round-trippers.

Pujols hit his 698th home run on Friday, September 16 at Busch Stadium in St. Louis, but went hitless the rest of the weekend and his team went on the road with the expectation.

After hitting six home runs, 20 runs batted in and a .676 OPS (on-base percentage) in the first half of the season, he began to resemble the fearsome slugger of the early part of his career in early August.

In another highly anticipated matchup, the New York Yankees out-hit the Boston Red Sox 5-4, but slugger Aaron Judge went without a home run for the third consecutive contest.

The outfielder remained stuck at 60 for the season, one shy of the American League record set by Roger Maris in 1961.