Cuba among the best in U-16 Chess Olympiad 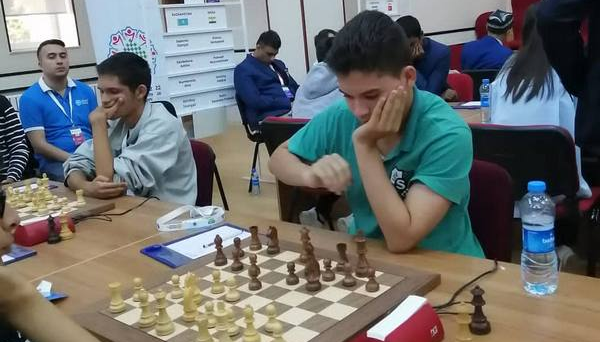 Cuba among the best in U-16 Chess Olympiad

Havana, October 7 (JIT) - An enjoyable victory over the Turkey White team elevated the Cuban team to the third position in the Nakhshivan 2022 World U-16 Chess Olympiad in Azerbaijan.

The Antillean team maintained its good pace on Thursday during the fifth round and with a success of 2.5-1.5 points reached eight points in total, the same accumulated of Kazakhstan, occupying the second place by best tiebreaker.

As leaders are the boys of Turkey Red, who beat the Kazakhs by 3.5-0.5 units and are the only ones with a total of 10 points.

In the performance of the Cubans on this date, the Mayabequense player Greter Caballero, who defeated Zumra Meryem Alagoz on the fourth board in 36 moves of a Sicilian Defense, once again played a key role.

"She came out inferior from the opening, she didn't have a good position, but she is a fighter, she looks for resources and that's how it happened today," coach Rodney Perez narrated to JIT, encouraged by the demonstrations of all the members of the team.

"Everyone's contribution is very important here. For example, today Daniel Hidalgo agreed to a draw on the first board. "Holding his own against the strongest opponent is always a mainstay to achieve a good result," commented the strategist about the match played by the team leader against Zeki Berke Caputcuoglu.

The other victory was signed on the second table by Leduard Gonzalez against Yanki Taspinar in 43 moves of a Reti Opening. The lowest note was played this time by Jose Alejandro Hernandez, when he lost to Arda Camlar on the third board.

Halfway through the tournament, the best individual performance in the Cuban ranks corresponds to Greter, as he has 3.5 points in five games.

It also deserves recognition that the Antillean team only has the four regular players, as none of them can enjoy free days.

The other registered teams have had this possibility, as some of them have presented up to two substitutes, which allows greater freedom to devise strategies.

In other relevant results of the day, Iran and India tied on two points, as did Azerbaijan 1 and Uzbekistan 1.

This Friday Cuba will face Turkey Red, whose players average 2,290 Elo points, according to the list released by the organizers.