Argentinean coach Lionel Scaloni says team will give their lives 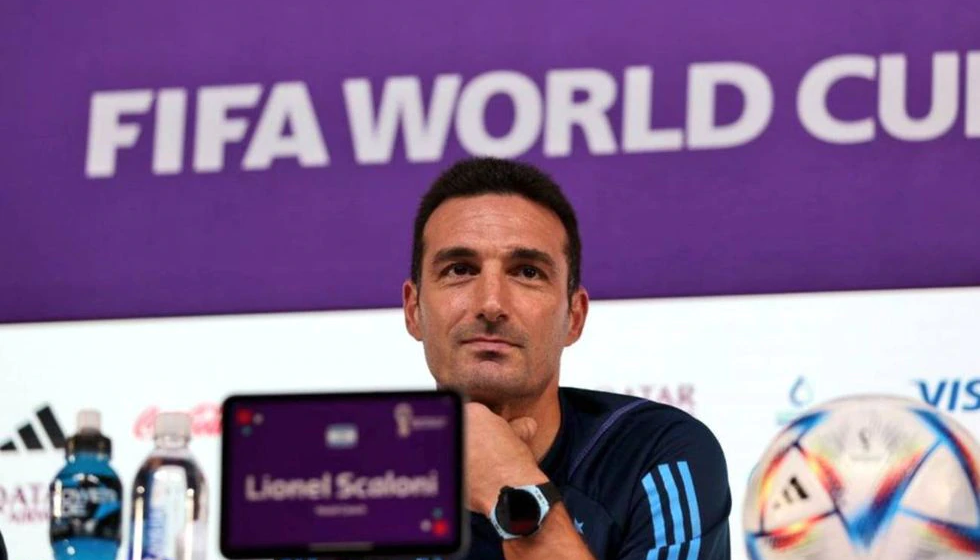 We are going to give our lives, said Lionel Scaloni, Argentine coach

Doha, November 25 (PL)-- In the run-up to the most important match of his coaching career, Lionel Scaloni called today to settle all kinds of speculations and affirmed that Argentina will leave its life and play its soccer against Mexico.

On a hectic day ahead of the transcendental duel, the technical director showed his discontent with some news about the group and made it clear that "(Lionel) Messi is fine on a physical and moral level."

"They are fine, let's not look for where there is none. They are all fine," he said to contain the news that speak of injuries and rarify the climate on the way to the second presentation of the Albiceleste national team in Qatar 2022.

"Messi worked with a kinesiologist on Thursday morning, but in the evening he trained alongside the group and will be a starter," he confirmed at a press conference in Hall 2 of the Doha Media Center.

On how they dealt with the setback against Saudi Arabia (1-2) in the debut, the native of Pujato said: "The first day is shocking, but the next day you wake up and think about the next game".

"I always said that we had to be prepared for this blow. We need everyone's support. I am the first one who was prepared, this is soccer. It's normal that it happens. I am calm that we are going to leave our lives and play our soccer," he ratified.

"Mexico is a very good team, as we said when the group stage was drawn," he said about the opponent in the match scheduled for tomorrow Saturday, at 22:00, local time, at the Lusail stadium, precisely where the defeat took place and where the final was played on December 20.

"They are an attacking team with a great coach. We have a way of playing and we don't have to negotiate it, even if we received a blow like the one the other day," he told the accredited media.

Delayed for the last practice before the next match, Scaloni commented: "What are we playing for? A soccer match, with all the responsibility that there is a country behind us that wants us to do well. This group is going to leave everything out on the field until the last minute".

While the debut of the "Scaloneta" was far from what was predicted, "Tata" Martino's players played to a goalless draw against Poland, who will be looking for their first success tomorrow against the surprising Saudi Arabia.