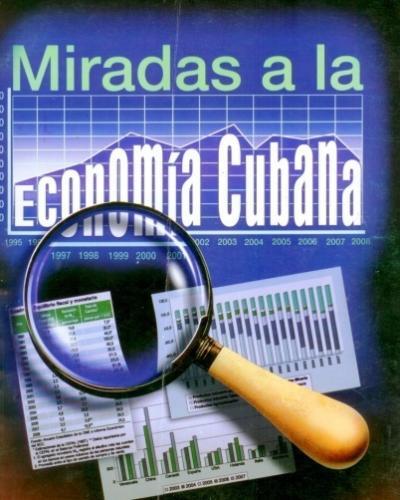 Nine U.S. governors sent a letter to Congressional leaders in Washington to request decisive steps to open trade with Cuba and put an end to the blockade against the Island.

“It’s time the Congress acts to remove the sanctions that prevent trips and the normal trade between our nation and Cuba", reads the letter dated October 9th.

The governors highlight the development of Cuban agricultural purchases starting from a legislation change in year 2000, but indicate that a “sustainable business relationship” cannot be limited to a single sector or involve only one way transactions.

"Although agricultural companies can legally export to Cuba under the current legislation, the financial restrictions set by the blockade limit the capacity of U.S. companies to get inserted in the Cuban market".

Competitors like Canada, Brazil, and the European Union are not subject to those limitations, are occupying spaces of the North American potential, refers the document.

To put an end to the blockade will create works and new opportunities in the U.S. agricultural sector and will open a market of 11 million inhabitants only 90 miles away, it adds.

In addition, in the letter the exchange potentialities between the two peoples are highlighted since the end of the restrictions for tourist trips of North American citizens, a constitutional right that is limited at present to 12 categories like cultural, scientific, journalistic reasons and people-to-people contacts.

This step, and many others to come, responds to an official working visit recently held to Cuba by the U.S. Commerce Secretary Penny Pritzker, who was accompanied by US representatives and the business sector, to explore the scope and limitations of the measures adopted by President Barack Obama during 2015 while exploring new ways that makes it possible to boost commercial exchange as part of the process towards the normalization of relations between the two countries still limited by the persistence of the economic, commercial and financial blockade against the island.

With the aim of showing Cuba as a safe and attractive destination for business, the 33rd edition of Havana's International Trade Fair, FIHAV 2015, will be held on November 2nd-7th, which promises to be the largest in the last 10 years.

Cuba's Minister of Foreign Trade and Investment, Rodrigo Malmierca, told the press on Monday that some 900 companies from over 70 nations will be present at the Fair, to be held at the capital's Expocuba show ground.

FIHAV 2015, he said, will be dedicated to the promotion of the products making up Cuba's export portfolio, among them professional and technical services, accounting for 70% of sales outside the island. In addition, a second edition of the portfolio of business opportunities will be presented on November 3rd.

Orlando Hernandez, president of the Chamber of Commerce, announced the attendance of more than 50 delegations representing numerous institutions promoting global trade, with a view to strengthening relations and cooperation.

Likewise, business meetings with Cuba's major trading partners and the presentation of comprehensive projects for the export of domestic goods and services consistent with the main theme of the meeting will take place, he explained, adding that 365 Cuban companies will be represented in 121 stands.

As for foreign participation, Abraham Maciques, General Director of the Palco Business Group, explained that compared with the previous edition, the countries increasing their participation are Panama, Venezuela and Brazil, while 5 nations, among them the United Arab Emirates and Kuwait, will be represented for the first time.

Keys to Foreign Investment in Cuba

The number of business people interested in investing in Cuba continues to grow every year. That reality owes a lot the potentialities that exist in different sectors and to the attractive future offered to investors in Cuba.

Both foreigners and Cubans are well aware that the opportunities that Cuba offers to foreign investment are attractive and can boost and consolidate commercial links that contribute capital, technology and market in a short term.

With a business portfolio of 246 projects from priority sectors at $8.7 billion, it seems beneficial to use that alternative to develop the island in line with the strategies conceived to update its economic model, according to Cuban experts.

The main objective of the Cuban Chamber of Commerce's Group for the Promotion of Foreign Investment is to make public and follow all the interests and proposals coming from abroad.

Since that group began operating in January this year, a strategy has been adopted to spread Foreign Investment Law 118 (approved in March 2014), to receive proposals from potential investors, and follow up exchanges with the negotiating teams from organizations, as well as training initiatives for the parties involved, Mirtha Rippes Aller, the group's coordinator, told The Havana Reporter.

The idea, she explained, is to serve as a bridge for all those people interested --both in the country and abroad-- in knowing about the feasibility of the businesses made, and to provide legal assistance and assess every proposal and its commercial and economic effectiveness, which is crucial for the two sides.

These tasks are complemented through a similar group created by the Center for the Promotion of Cuba's Foreign Trade and Investment (CEPEC), not with competitiveness goals in mind but as a complement in a common mission.

As part of their functions, a total of 170 notifications from different countries were received in the first eight months of this year, featuring such countries as Italy, Germany, China, Panama, Venezuela, Brazil, Canada, Portugal and France.

Other countries with no commercial ties with Cuba like Cayman Islands and Australia have expressed their interest in investing here, while the United States and Puerto Rico have presented their offers already; yet, the economic, commercial and financial blockade does not allow coming any deal true.

According to observers, the most attractive sectors are tourism, renewable energy, and the agriculture and energy fields.

For Rippes Aller, tourism is the one that most calls the attention due to its growth prospects in coming years in terms of potential number of visitors, and hotel and non-hotel facilities. Agriculture is likewise attractive.

The group, she noted, is like a link that serves to channel foreign interests in the Mariel Special Development Zone (ZEDM) though a collaboration agreement, and at the same time, it monitors all proposals either for that zone or for the rest of the country with the objective of helping them to become true.

The business portfolio is expected to be updated in November with new projects likely to be included, while others already approved in the fields of tourism, agriculture and construction will be removed from the list.

A total of five foreign investment projects have been approved at the ZEDM for the production of goods and services, including one from Spain and two from Mexico.
Unlike other countries that welcome foreign investment in any sector, Cuba does not include the fields of education, health and armed institutions, except for their business systems. In the case of the land, only the usufruct system is in place.

Cuba to Increase Use of Renewable Energy Sources by Six Times

Projections to raise by 6 times the use of renewable sources in the Cuban energy matrix by 2030 were highlighted during the opening day of the National Conference on Science, Technology and Innovation, taking place in this capital.

According to the director of Renewable Energy, of the Ministry of Energy and Mines, Engineer Rosell Guerra, Cuba has developed a program for the development of these sources, which will raise up to 24% their presence in the country's power generation.

The implementation of this plan will mean reducing the emission of around six million tons annually of carbon dioxide (CO2) into the atmosphere, as well as the costs of energy production in Cuba, a necessary issue for the development of the country, the expert said yesterday during his participation at the plenary session of the conference.

This project involves the construction in Cuba of 13 large wind energy farms, which total 633 MegaWatts (MW), the installation of 700 MW in solar photovoltaic parks; 19 bio-electric power stations neighboring to sugar mills with a power of 755 MW, and 74 small hydroelectric plants, totaling 56 MW.

Other programs are related to solar-thermal plants, the use of forest biomass, and the use of urban solid wastes, industrial organic and agricultural waste.

The Caribbean nation also intends to install 200,000 solar heaters at homes, hospitals and industrial centers, the introduction of LED technology in the public and housing lighting network, the use of solar photo-voltaic panels on 21,000 houses located in isolated and inaccessible sites, biodigesters for the use of biogas.
Projects aimed to the employment in Cuba of the movement of tides and oceanic thermal gradient (temperature difference between the sea surface and depths) for energy, are under study, the specialist of the Ministry of Energy and Mines said during the National Conference Science, Technology and Innovation.

The meeting is taking place at the Conference Center in Cojimar, northeast of Havana, attended by more than 200 members of the scientific, technological and innovation community of the country, especially in priority sectors, such as energy, production of food, health, climate change, environment, social sciences, and humanities.

The arrival on October 2nd by the Silver Sea Explorer in the South Central Cienfuegos bay opened the 2015-2016 cruise ship season in central Cuba.

Cubatur Travel Agency's sales promoter Yalexis Dominguez told the Cuban News Agency that the ship has capacity for one hundred passengers and that has previously called at Havana harbor.

In Cienfuegos, the visitors will be able to tour the historic city of Trinidad and visit natural sites among other activities on their tourist agenda.

The Tourism Ministry expects 54 cruise ships visits at Cienfuegos harbor till April next year, when the season concludes. Some of the ships confirmed are SPV Star Flyer, Louis Cristal, MV Serenissima, MS Deutcchaland, among others.