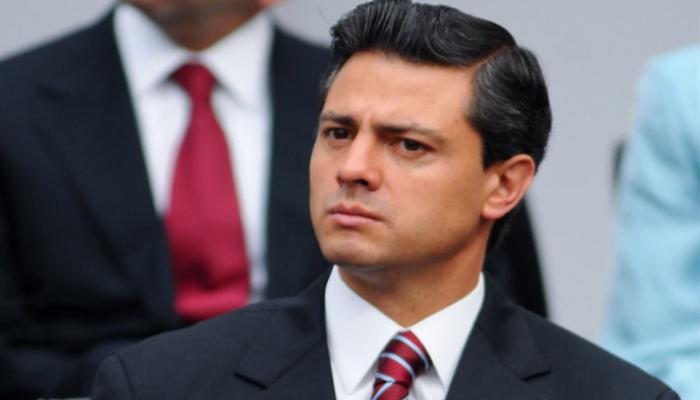 Appearing on the website Aristegui Noticias, the report titled, “From Plagiarist to President,” details how 197 of the 682 paragraphs in the dissertation were found to be plagiarized—an overall 28.9 percent of the 200-page thesis.

The president’s thesis titled, “Mexican Presidentialism and Alvaro Obregon,” was analyzed by a team of academics and specialists.  Eduardo Sanchez, a government spokesperson, sought to downplay the accusation of plagiarism by calling the omissions "style errors."  He added that Peña Nieto met all the requirements needed to graduate as a lawyer from the Panamerican University in 1989 when he was 25 years old.

The Mexican president cited the authors as general sources, but did not give credit for the paragraphs he copied, omitting quotation marks or footnotes and essentially passing them off as his own.

In the most blatant act of plagiarism, Peña Nieto copied at least 20 paragraphs from the book, “Studies in Constitutional Law,” by former president Miguel de la Madrid Hurtado, never mentioning him once or even citing him in the bibliography.

In another instance, instead of paraphrasing or quoting Valades’ “The Reformed Constitution,” written in 1987 for the National Autonomous University of Mexico, Peña Nieto copied 40 paragraphs from the work of over 20 pages of his thesis and only gave Valades credit in three instances.

Along with plagiarism, the investigation concluded that Peña Nieto also cited 51 paragraphs wrongfly, by either not putting them in quotes or paraphrasing them incorrectly.

Carmen Aristegui’s investigative team was also responsible for revealing that Peña Nieto's spouse, Angelica Rivera Hurtado, was in the process of acquiring a luxury home from a government contractor in 2014.

The Casa Blanca scandal, as it came to be known, dealt a major blow to the reputation of Peña Nieto, whose poll numbers have recently hit all-time lows over his attacks on striking teachers and perceptions that he and his Institutional Revolutionary Party, PRI, have failed to stamp out crime and have gained from rampant corruption.