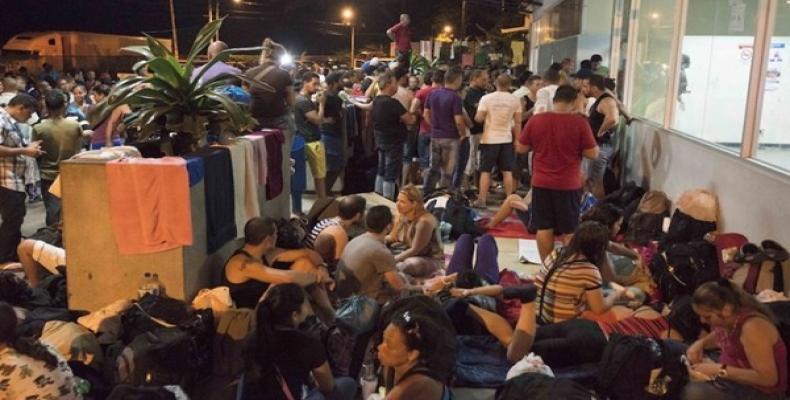 The white House says that the two U.S. leaders commended Costa Rica for its leadership in setting up a “protective transfer arrangement” in partnership with the United Nations High Commissioner for Refugees and the International Organization for Migration to provide temporary safe haven for up to 200 refugees at a time from El Salvador, Guatemala and Honduras.

For his part, the Costa Rican president called on Washington to change its discriminatory immigration policy and abolish the so-called “Cuban Adjustment Act.”