U.S. President Barack Obama Will Be Welcomed with Traditional Hospitality of Cuba 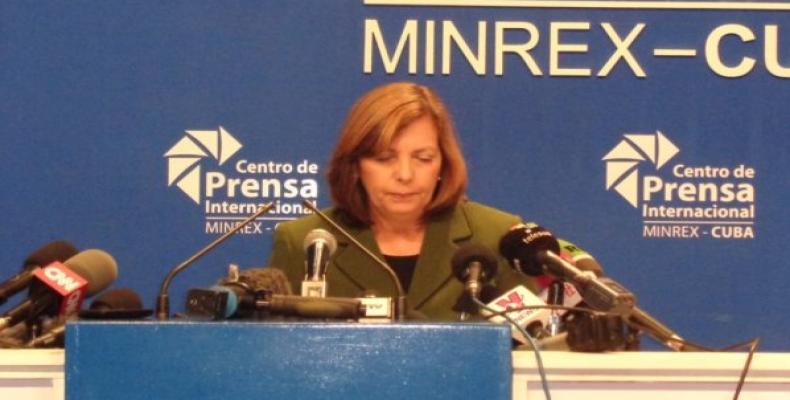 Havana, February 18 (RHC)-- The Director of the U.S. Office of the Cuban Foreign Ministry, Josefina Vidal, said that U.S. President Barack Obama will be welcomed to Cuba with the island's traditional hospitality.

The upcoming visit of the U.S. president to Havana -- slated for March 21st and 22nd -- was announced Thursday morning in both Cuba and the United States.

During a news conference held at the International Press Center this morning in Havana, Josefina Vidal said that the U.S. president will be received by the government of Cuba and its people with the hospitality that characterizes them and will allow a direct approach to Cuba's reality.

She affirmed that Obama's visit to Cuba will constitute a step towards the normalization of relations, but emphasized that for that to happen, the U.S. blockade must be lifted and the territory occupied by the U.S. Naval Base at Guantánamo must be returned.

The Cuban Foreign Ministry official explained that Havana is open to talks with the U.S. government on issues such as democracy, human rights and international relations.

The upcoming visit of U.S. President Barack Obama will be the first for a sitting U.S. president since Calvin Coolidge traveled to Havana in January 1928 to deliver a speech during the 6th International Conference of American States.