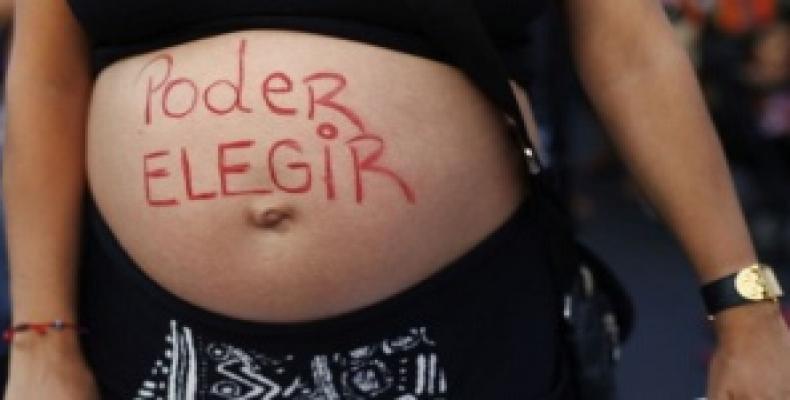 Santiago de Chile, September 8 (RHC)-- Chile's Senate Health Commission approved a bill decriminalizing abortion in three specific cases, with the Christian Democratic Party voting for it -- in a surprising move -- inching one step closer to lifting a decades-long ban on the practice imposed in 1989 by the Augusto Pinochet dictatorship.

Three out of five senators approved President Michelle Bachelet's proposal to allow pregnancy terminations under three circumstances: when the pregnancy resulted from a rape, when the life of the mother is at risk, and when the fetus has serious defects.

The draft will now go through the constitutional commission, before another debate in the higher chamber -- a difficult path as the legislation has deeply divided lawmakers, including members of Bachelet's governing coalition.

Reforming the abortion ban in Chile -- which has one of the strictest abortion laws in the world -- was one of Bachelet's promises during her re-election campaign in 2013. When the bill was about to be introduced in Congress in January, the Chilean health minister was forced to resign after saying that abortion was more accessible to people with greater financial resources.

Abortion in Chile was originally legalized in 1930, but in 1989 the Pinochet military regime banned the practice.