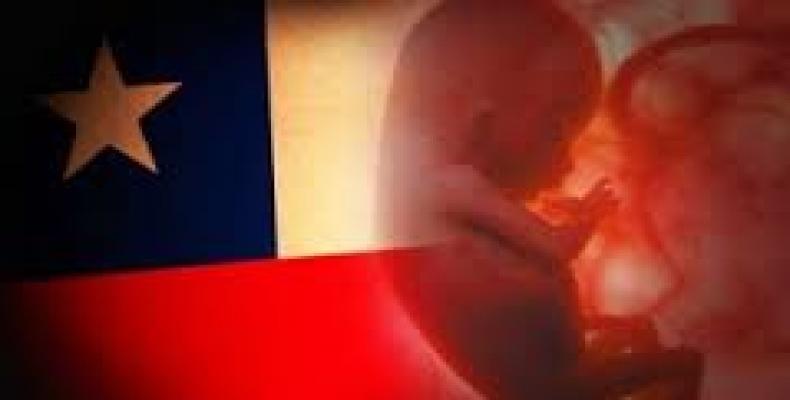 Santiago de Chile, January 28 (RHC)-- Chile's Senate has approved a bill that if enacted will allow women to access safe and legal abortions in the cases of rape, fetal deformation or life endangerment.  After an intense debate that almost saw the session suspended, the Senate agreed to advance the bill by a vote of 20 to 15.

Commissions within the Senate will now debate the specific articles of the bill —a difficult path as the legislation has deeply divided lawmakers, including members of Michel Bachelet's governing coalition. Among them, Christian-Democrat senators could not reach a consensus, with one vote against the bill and two abstentions.

A group of women, including pregnant women from the anti-abortion group Reivindica, broke into the Senate during the vote, arguing the legislators should focus their energies on better supporting pregnant women who want children.

In contrast, Women's Minister Claudia Pascual welcomed the vote, pointing out that surveys over the two past years indicate that 70 percent of Chilean society backed abortion in these three cases.

The lower house voted to advance the bill in March 2016, over one year after President Bachelet introduced the legislation — one of her main promises during her re-election campaign — in January 2015.  Chile and Suriname are the only two countries in South America that still criminalize abortion under any circumstances, including when pregnancy poses a threat to a woman’s life.

Nearly 200,000 unsafe abortions occur each year in Chile, according to the Guttmacher Institute, with poorer women most likely to be adversely affected because of unsafe abortion methods.

In Chile, a woman who chooses to abort still risks up to five years in prison — even if her own life is in danger, her pregnancy is the result of a rape or the fetus is deformed.  Despite all of this, when the bill was about to be introduced in Congress in January, the Chilean health minister was forced to resign after saying that abortion was more accessible to people with greater financial resources.