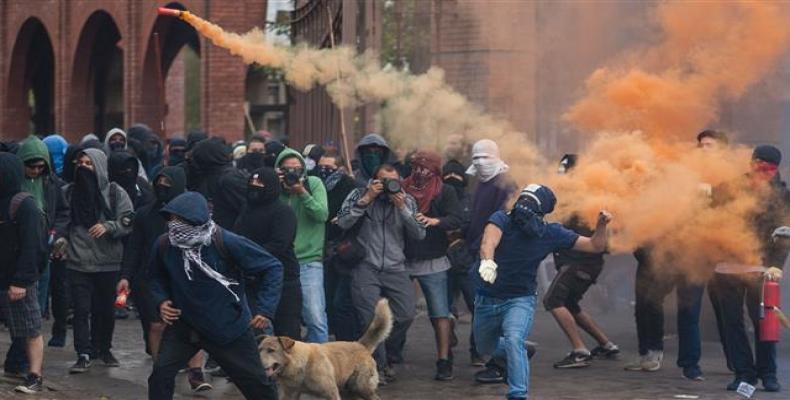 Santiago de Chile, September 12 (RHC)-- Police in Chile clashed with demonstrators during a march commemorating the 43rd anniversary of the U.S.-backed military coup in Chile which put long-time dictator Augusto Pinochet in power.

Thousands of demonstrators marched through the streets of Santiago de Chile, the capital, only to be met by a police line that stopped their advance with tear-gas and batons.

Some activists threw stones, bricks and bottles at police on Sunday, as protests and demonstrations took place in a number of cities around the country.

Pinochet's regime began on September 11, 1973 with the U.S.-organized and financed military coup that overthrew the democratically-elected government of President Salvador Allende.  During the bloody dictatorship, Chile suffered systematic violations of human rights, seeing at least 28,259 victims of political imprisonment and torture; 2,298 people executed and 1,209 disappeared persons.