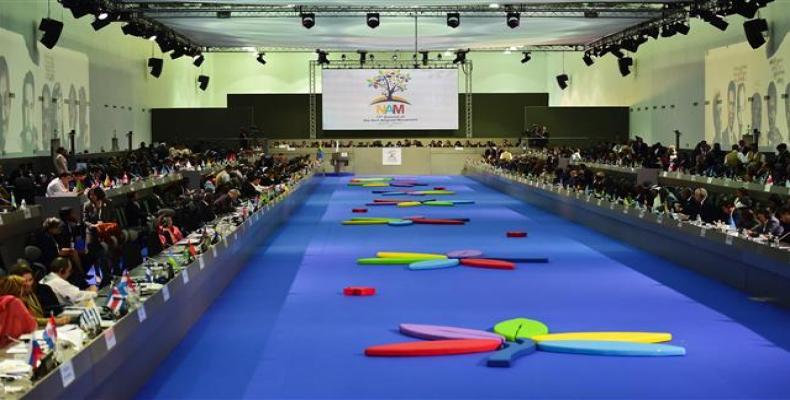 Caracas, September 19 (RHC)-- Member nations of the Non-Aligned Movement have called on the UN to grant more authority to developing countries.  In the closing statement of the 17th Summit of Non-Aligned Movement, issued on Sunday, member states also called for more significance on the self-determination of emerging powers and urged the United Nations to include more states in the Security Council.

Held on Margarita Island, Venezuela, the Non-Aligned meeting brought together heads of state and delegates from member countries to discuss key regional and international issues.  Iran handed over the rotating presidency of the bloc to Venezuela during the summit.

In his closing address, Venezuelan President Nicholas Maduro said that UN should not only be reformed, it should be refounded in a manner the all nations have a more balanced share.  He also said that OPEC and non-OPEC countries were "close" to reaching a deal aimed at stabilizing global oil markets.

Earlier, Iranian President Hassan Rouhani said the Organization of Islamic Cooperation (OIC) and the Non-Aligned Movement must fulfill their responsibility to promote regional peace and stability.  He also called for close cooperation among oil producers to help an upcoming OPEC meeting in Algeria achieve its expressed aim of stabilizing the market.

The Movement of Non-Aligned Nations, an international organization with 120 member states and 21 observer countries, represents nearly two-thirds of all UN members.