More than 50,000 in Path of Typhoon Evacuated in Southern China 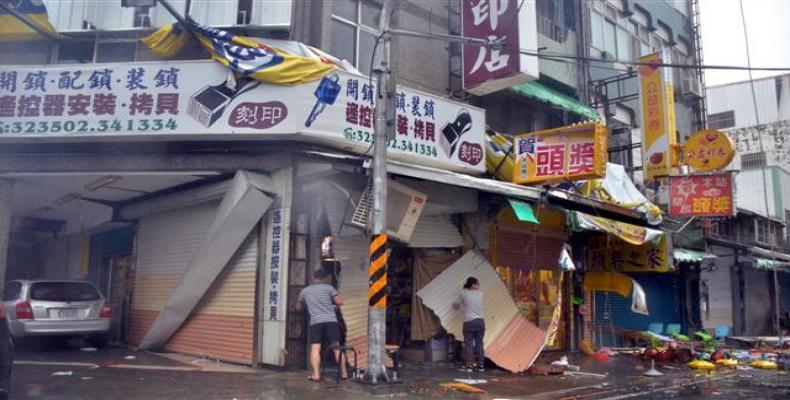 Beijing, October 22 (RHC)-- Typhoon Haima has hit southern China after battering northern Philippines, forcing the evacuation of over 50,000 people. The residents of the cities of Shanwei and Shantou in China’s Guangdong Province were forced to move to safer ground as the strong typhoon made landfall in Shanwei Friday afternoon.

It packed sustained winds of up to 166 kilometers per hour before weakening to a tropical storm, according to local officials and media outlets, which reported no storm related deaths as of Saturday.

A number of villages experienced power outages and local authorities remained on the lookout for potential landslides. China also suspended dozens of flights and rail services in several southern provinces. Authorities in Shenzhen City further ordered the closure of schools, markets and factories and halted public transportation in some areas.

Hong Kong, meanwhile, suspended stock market trading on Friday and shut down schools, offices and commuter ferry services as the typhoon hammered the financial hub with rains and wind gusts of up to 109 kilometers per hour.

More than 740 flights to and from Hong Kong’s international airport were canceled or delayed due to the storm, leaving a peculiar calm in the streets of the usually bustling city.

Haima’s fierce winds and rain in the Philippines on Thursday revived fears of the catastrophe caused by Typhoon Haiyan in 2013, which left 7,300 dead.