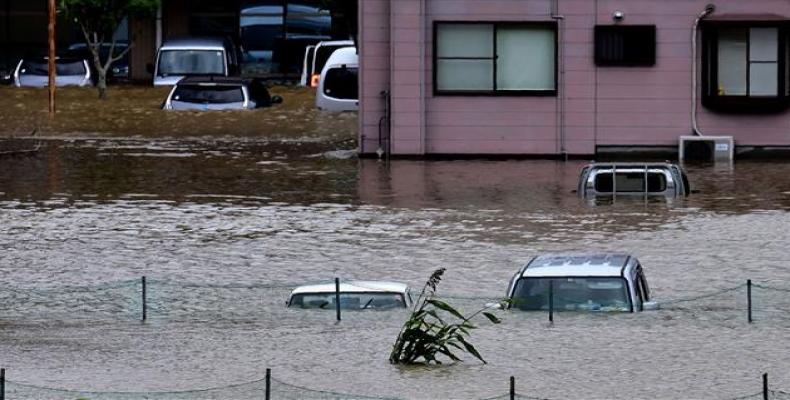 Tokyo, September 20 (RHC)-- A strong typhoon has swept through southern Japan, prompting the cancellation of scores of flights and forcing thousands to evacuate their homes.   Typhoon Malakas, with winds of up to 180 kilometers (112 miles) per hour, hit the southernmost main island of Kyushu shortly after midnight (1500 GMT), according to the Japan Meteorological Agency.

Local reports say that the storm has led to the cancellation of 106 flights.  Malakas caused heavy rainfall, leaving houses, cars and rice fields partly submerged in the muddy brown water in Miyazaki Prefecture on Kyushu.  There have been conflicting reports of the number of those injured, but no serious injuries or deaths have been reported so far.

The typhoon is expected to head northeast along Japan's Pacific coast toward Tokyo.  Official warnings of high waves, potential landslides and more floods have been issued.