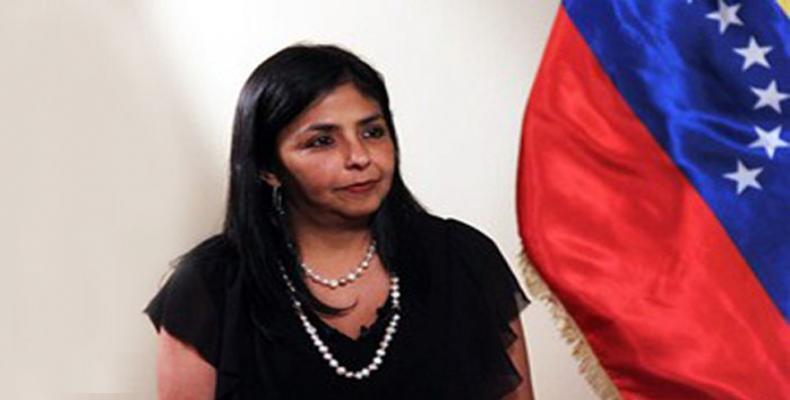 Geneva, November 4 (RHC)-- Venezuela celebrated its human rights achievements in a report presented to the United Nations in Geneva as dialogue between President Nicolas Maduro’s government and the opposition is underway despite lasting resistance from some factions of the opposition after months of a tense stalemate.

Venezuelan Foreign Minister Delcy Rodriguez argued that putting Venezuelan people and their well-being at the center of political change in the South American country has strengthened human rights.  “The human rights model in Venezuela is absolutely irreversible,” she said, “because citizens have for themselves and by themselves carried out the deep transformation that is underway in our country.”

Delcy Rodriguez added that the election of late President Hugo Chavez marked a turning point in Venezuela’s human rights record, setting of the Bolivarian Revolution that rose up against imperialism and tackled the injustice of putting profits over people under a capitalist model.

“We can compare what the neo-liberal capitalist model meant, how it meant a failure for our people,” she said.  “The revolution in Venezuela is deeply for human rights.  There is a constitutional state for human rights.”

The top Venezuelan diplomat argued that her country's performance as the “vanguard” of human rights has provoked resistance and backlash from the “imperial and de facto centers of power.”

Successes by progressive governments in Latin America, including Venezuela, in redistributing wealth, drastically reducing inequality and extreme poverty, expanding access to public services, such as healthcare and education, are recognized as advances in human rights in line with U.N. Millennial Development Goals and their new iteration, the U.N. Sustainable Development Goals.

“From Venezuela we make a call: Now is the time for the people,” added Rodriguez. “Between a model that failed, and those of us who have the intention to save life, save the human species.”

The report is part of the Universal Periodic Review, the U.N. mechanism that reviews all member states' human rights compliance.