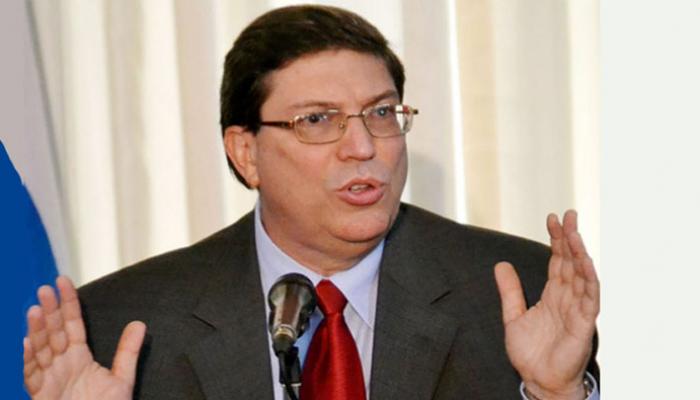 On his Twitter account, the foreign minister noted that while the Caribbean nation has been a member of that international body since its creation, the United States voted against it.

He also pointed out that his country participates actively in the work of the Council, while the American nation left it.

Cuba represents humanism and solidarity," said Rodríguez, adding that the United States "can no longer lie and threaten the world.

On Wednesday, U.S. Secretary of State Mike Pompeo said that the offer to the island of a seat on the U.N. Human Rights Council was unacceptable and that no country should vote in favor of its entry.

Pompeo's statements seek to condemn Cuba for alleged human rights violations. He once again alluded to the argument of his current campaign against medical collaboration, categorizing it as human trafficking.

The Cuban Government has repeatedly rejected such accusations, which are also used to threaten the States that request and receive them.

Despite such pressure, many Governments have asked the island for help in dealing with the Covid-19 pandemic. The work of health professionals is gaining such international recognition that they are even being nominated for the Nobel Peace Prize.