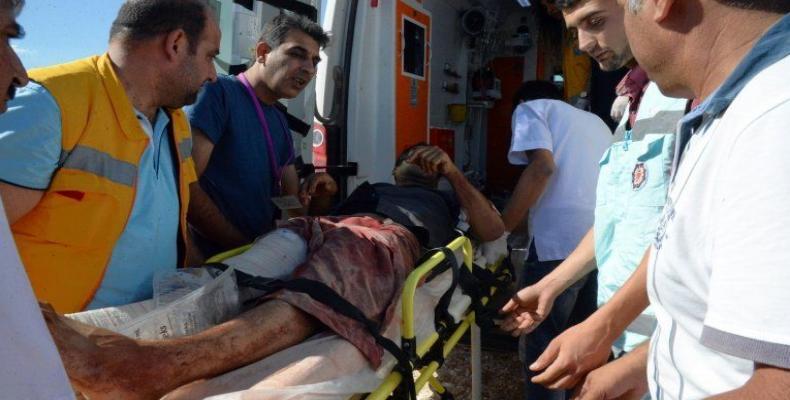 Washington, November 10 (RHC)-- The United States airstrikes against Daesh Takfiri terrorists have led to the death of civilians in Iraq and Syria, the U.S. military admits.  The Pentagon made the announcement on Wednesday, putting the number of civilian casualties at 119, far fewer than the figures posited by monitoring groups.

The U.S. military command in the Middle East (Centcom) said all the casualties were from 24 airstrikes only.  "We have teams who work full time to prevent unintended civilian casualties," U.S. Army Colonel John Thomas was quoted as saying in the Centcom statement.  "We do all we can to minimize those occurrences even at the cost of sometimes missing the chance to strike valid targets in real time."

The U.S. Army officer further claimed that "in each of these strikes the right processes were followed; each complied with Law of Armed Conflict and significant precautions were taken, despite the unfortunate outcome."  The announcement ran counter to the U.S. accusations against Moscow, alleging that the Russian military targets civilians in Syria.

The figure also ran counter to what has been published by monitoring groups, including London-based NGO Airways, announcing that the U.S.-led coalition has so far killed 1,787 civilians.