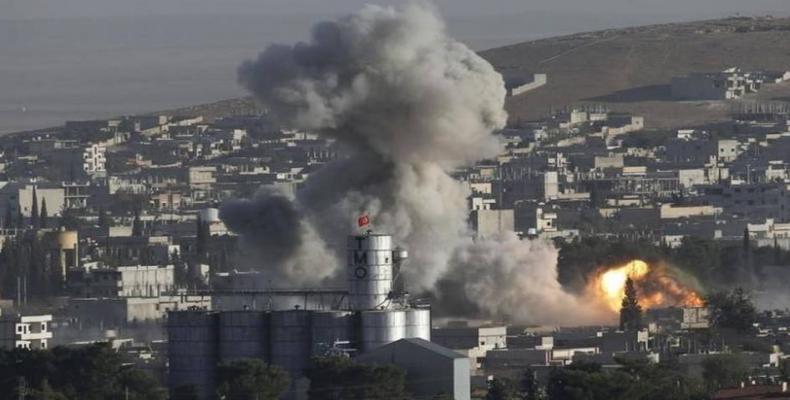 Washington, June 6 (RHC)-- The Pentagon says that the U.S.-led military campaign against purported Daesh targets in Syria and Iraq has left more than 480 civilians dead since mid-2014.

According to the report, a total of 21,035 airstrikes, including 44,330 separate engagements, were carried out against Daesh between August 2014 and April 2017.

The report also showed that the total number of dead civilians increased by more than a third as last month’s report acknowledged 352 civilian deaths.

The increase was mostly the result of an airstrike carried out on March 17 in the Iraqi city of Mosul, during which “101 civilians sheltered in the bottom floors of the structure, and four civilians in a neighboring structure were killed.”

The United States and its allies formed the coalition in 2014 with a purported aim of fighting Daesh in neighboring Iraq, but they later expanded it to include territories in eastern and northern Syria.

The U.S.-led coalition has repeatedly been accused of targeting and killing civilians. It has also been largely incapable of fulfilling its declared aim of destroying Daesh.