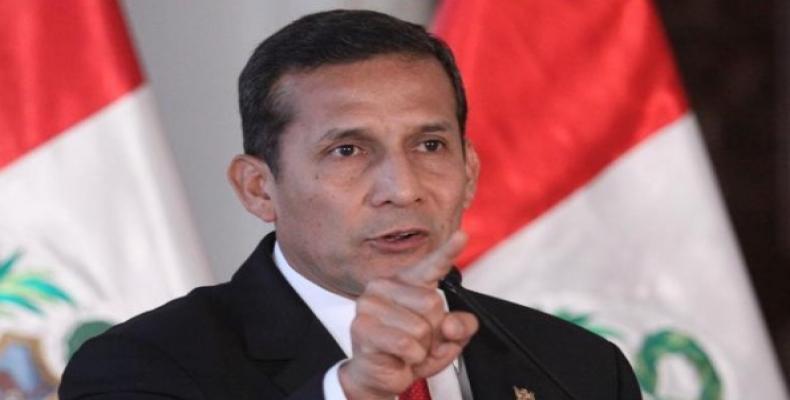 Lima, November 15 (RHC)-- Ollanta Humala, who served as president of Peru from 2011 to 2016, has been accused of illicit funds to fund his election campaigns.  A Peruvian judge granted prosecutors' request to order ex-president Ollanta Humala to deposit a $15,000 bail bond to ensure he appears in court and cooperates with the money laundering probe that started shortly after his five-year term ended in July.

Prosecutors said they have evidence to convict the former president of money laundering, accusing him of taking illicit funds from Venezuela and Brazilian construction companies, the attorney general's office reports.  He is accused of laundering upwards of $1.5 million.

Humala has repeatedly denied wrongdoing and has said he will cooperate fully with prosecutors.
Prosecutor German Juarez said he has "serious and founded elements for conviction" that includes documents and statements from witnesses and informants, the attorney general's office said in a statement.

However, prosecutors have not yet pressed charges against Humala, who led a successful bid for president in 2011.  Juarez said Humala took illicit funds from Venezuela and from the Brazilian construction companies Odebrecht and OAS to finance his 2006 and 2011 presidential bids.

Humala's attorney Cesar Espinoza said prosecutors failed to corroborate the testimony of informants and appealed the judge's order, which requires Humala to appear in court every 30 days and to request permission if he wants to change his residence.