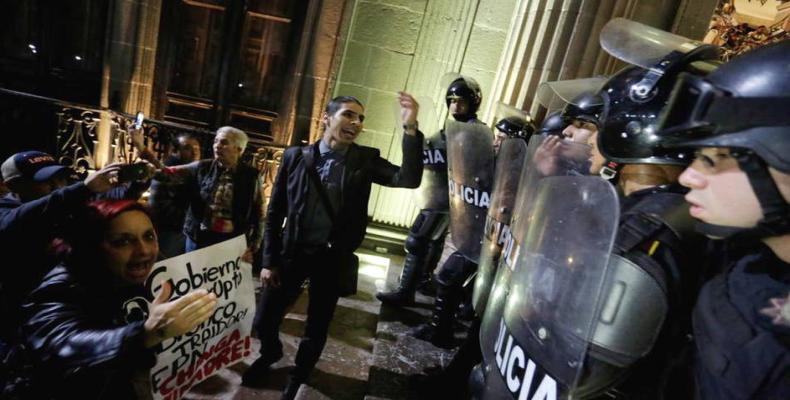 Mexico City, January 11 (RHC)-- In Mexico, thousands of people have taken to the streets across the country to protest the Mexican government’s decision to raise fuel prices.  The price of gasoline rose by more than 20 percent in most Mexican states on January 1, sparking widespread unrest as protesters raided gas stations and blockaded highways and train tracks throughout last week.

Mexican authorities say over 1,000 people have been arrested and at least six people have been killed during clashes between protesters and police.  The price hike came despite a promise by President Enrique Peña Nieto that the cost of gasoline would decrease as Mexico denationalized its oil company, Pemex, and opened its market to foreign corporations.