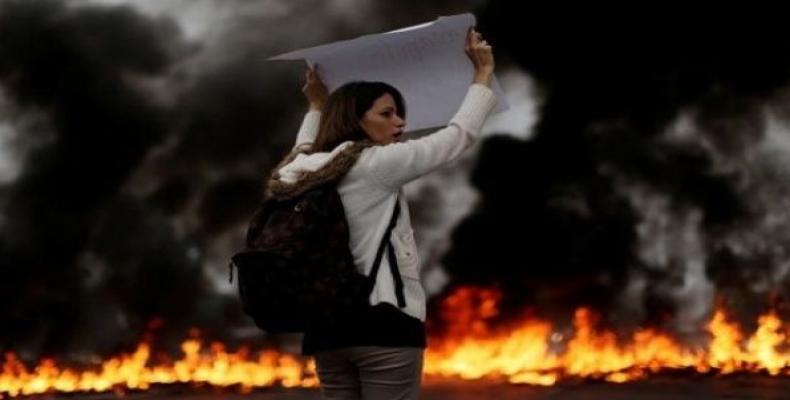 Rousseff and Lula, who both belong to the Workers’ Party, said the nationwide action was an important demonstration of resistance to President Michel Temer’s neoliberal administration.

“The general strike shows that the Brazilian people are courageous and capable of resisting the coup,” Rousseff posted on her Facebook page.

She also commented on the strike in a public statement, saying “my heart is filled with hope” and that “the struggle for better days for all Brazilians is just beginning.”

Lula, Rousseff's predecessor, also weighed in on the historic mobilization of Brazilian workers.

During an interview with Radio Brasil Atual he described the strike as a “total success,” adding that “there's no other way except to continue the fight, to recuperate and improve rights and the quality of life for the Brazilian people.”

Lula also refuted promises made by Temer that Brazil's economic situation would improve after Dilma was impeached. “To say that things would improve was a lie,” he said. “Demolishing worker's rights doesn't improve anybody's life.”

Since early Friday morning, more than 35 million people in Brazil have taken part in the strike. The strike was largely organized by Unified Workers Central, or CUT, the largest union federation in Latin America, and the Workers’ Party of Brazil.