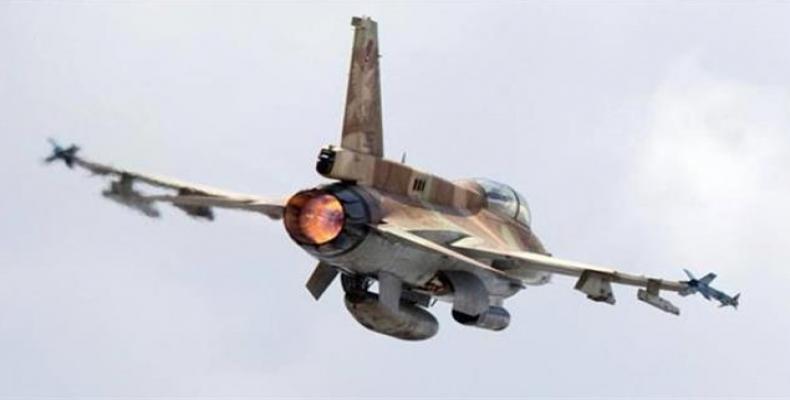 Gaza City, June 27 (RHC)-- Israeli fighter jets have carried out multiple airstrikes on various positions throughout the Gaza Strip.  According to reports, several of the early Tuesday raids targeted positions belonging to the Ezzedeen al-Qassam Brigades -- the military wing of Hamas -- located to the center and the west of the coastal sliver.

Tel Aviv regime’s fighter planes also engaged in strikes against positions in Khan Yunis and Rafah, located to the south of the Strip.  Palestinian farming lands to the east of Gaza were also targeted by Israeli mortar fire.

Israel claims that the attacks were launched is response to rocket fire from the Gaza Strip which landed in an unpopulated area in the occupied territories without causing any injuries.

Israel has launched several wars on the Palestinian coastal sliver, the last of which began in early July 2014.  The military aggression, which ended on August 26, 2014, killed nearly 2,200 Palestinians.  Over 11,100 others were also wounded in the war.