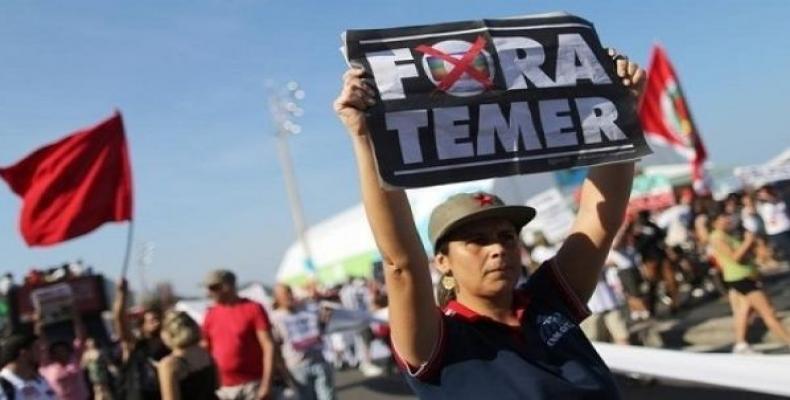 The general strike is organized by the Central Worker's Union, Popular Brasil, Fearless People, and a host of other social movements and worker's unions, with protests demanding the president's removal from office.

According to trade union sources, the strike is taking place in Sao Paulo and the Federal District of Brasilia by bus and taxi drivers, bankers, public and private school teachers, and federal public servants, among other workers.

While the impetus of the general strike is based on opposing Temer's reforms, the overwhelming majority of Brazilians, 93 percent according to the latest Ipsos poll, reject Temer's presidency.

Labor reforms proposed by Temer include the elimination of payment for worker's commute from their contracts, a reduction in employer compensation for abuse, and allowing employers to reduce workers' salaries while increasing their work hours.

While Temer's vision of new labor laws would increase work hours, his radical proposal for pension reform would scrap the average retirement age of 54, making it mandatory that women retire at 62 and men at 65. He's also proposing a 20-year freeze on public spending.