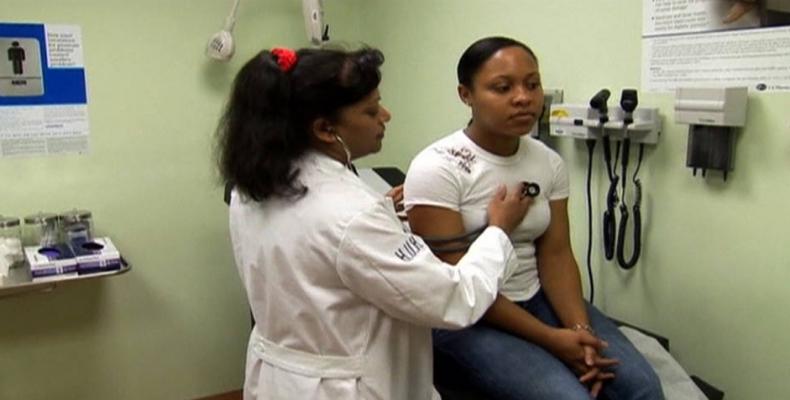 Washington, July 18 (RHC)-- In the United States, the Senate Republican healthcare plan is DOA -- Dead on Arrival.  U.S. Senate Majority Leader Mitch McConnell made the announcement that the plan to replace and repeal the Affordable Care Act has once again collapsed -- for now.

According to observers, the Republicans’ inability to push through their healthcare plan is a major defeat for the party, which controls the House, the Senate and the presidency.

On Monday night, Republican Senators Jerry Moran of Kansas and Mike Lee of Utah announced they would not support the latest Senate version of the bill -- ensuring Republicans would not have enough votes to pass it.

Their announcement came at the same time President Donald Trump, who has heavily backed the Senate bill, was meeting with seven Republican senators who did support the legislation.

Later on Monday night, President Trump tweeted: "Republicans should just REPEAL failing ObamaCare now & work on a new Healthcare Plan that will start from a clean slate.  Dems will join in!"

The legislation would have cut $700 billion from Medicaid.  It faced opposition from all Senate Democrats, a large number of governors from both parties, the majority of the healthcare industry, the American Medical Association, hospitals, doctors, nurses, patient advocacy groups and the U.S. Conference of Catholic Bishops.

Majority Leader Mitch McConnell says he’ll now try to push through legislation to repeal the Affordable Care Act and wait until after the 2018 midterm elections to propose a replacement.