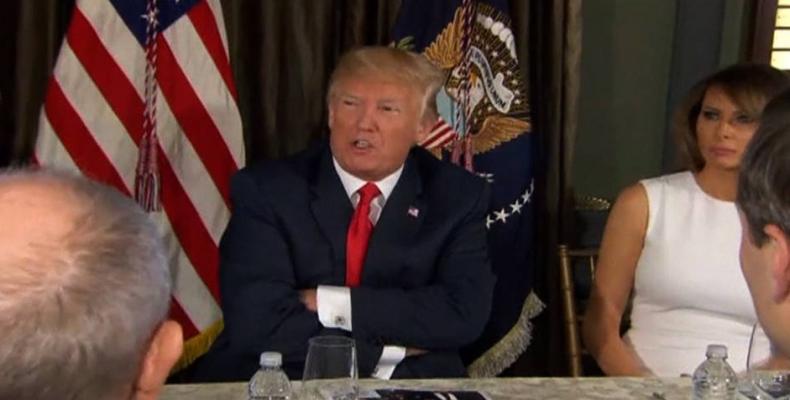 Washington, August 9 (RHC)-- Tension between the U.S. and North Korea escalated sharply Tuesday after President Trump suggested he was prepared to start a nuclear war, threatening to unleash "fire and fury" against North Korea.

Trump issued his warning to North Korean leader Kim Jong Un on Tuesday during a photo op at the Trump National Golf Club in Bedminster, New Jersey.  He said: "North Korea best not make any more threats to the United States.  They will be met with fire and fury like the world has never seen."

Hours later, North Korea threatened to strike the U.S. territory of Guam in the western Pacific.  Guam is home to 163,000 people as well as multiple major U.S. military bases.  Secretary of State Rex Tillerson is traveling to Guam today amid the escalating tensions.

In response to the threats, China has called on all sides to de-escalate their rhetoric, with the China Ministry of Foreign Affairs issuing a statement encouraging the U.S. and North Korea to "avoid remarks and actions that could aggravate conflicts and escalate tensions."