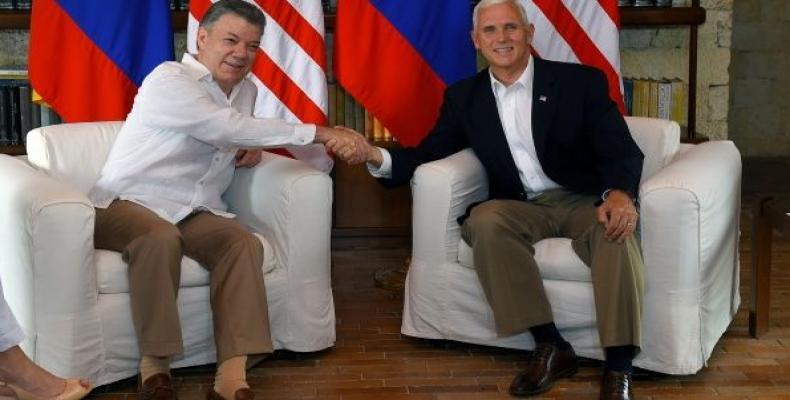 Speaking from Cartagena, the first leg of his Latin American tour to rally support for the White House's anti-Venezuela policies, Pence repeated Washington's position that Venezuela's government is becoming a “dictatorship,” but insisted a peaceful solution to the unrest and political turmoil in the country was possible.

Pence's statement appears to contradict Trump's impromptu comments Friday that a “military option” was not out of the question against Venezuela's Bolivarian government, adding further ambiguity to the White House's contradictory messaging.  Although Pence also said: "The United States will not rest and will not relent until Venezuela is restored to a full and prosperous democracy."

Santos, who has largely marched lockstep with Washington's anti-Venezuela campaign, joined regional leaders who rejected the possibility of armed intervention in Latin America.  The Colombian president said: "As friends, we must tell each other the truth and I told Vice President Pence that the possibility of military intervention must not be contemplated."