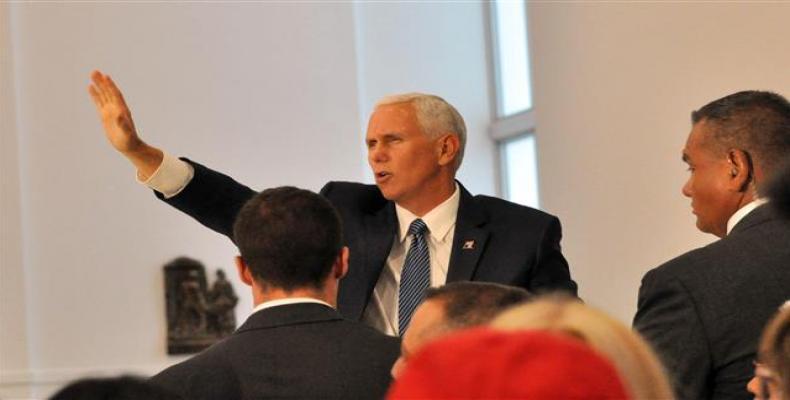 Miami, August 24 (RHC)-- U.S. Vice President Mike Pence has said the United States will not allow what he called the “collapse of Venezuela,” adding Washington will use “economic and diplomatic power” against the South American nation.

Pence made the remarks on Wednesday afternoon in a Miami suburb, which is home to the largest Venezuelan community in the U.S., amid reports that the White House is considering additional sanctions against the Venezuelan government.

“The U.S. will continue to bring the full measure of US economic and diplomatic power to bear until democracy is restored in Venezuela,” Pence told a crowd of hundreds of people.  “The collapse of Venezuela will endanger all who call the Western Hemisphere home.  We cannot and will not let that happen.”

The U.S. vice president’s comments come days after President Donald Trump told reporters a “military operation is certainly something we could pursue” in Venezuela.

Following his speech in the Miami suburb, Pence visited the headquarters of the U.S. Southern Command, which is based in Doral.