White House Scraps All Limits on the Pentagon's Police Militarization 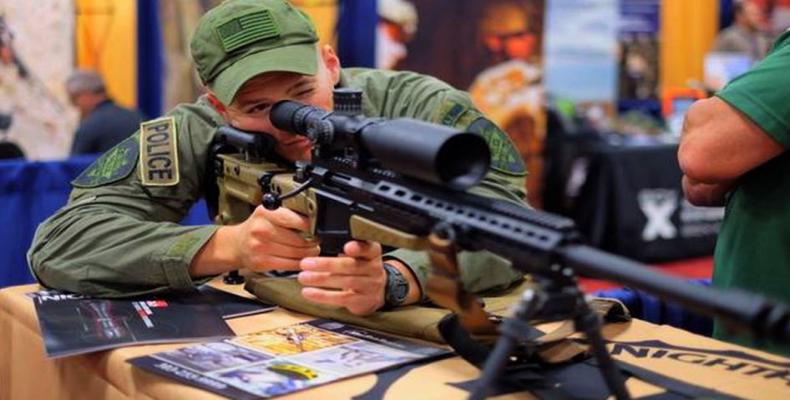 Washington, August 29 (RHC)-- The Donald Trump administration has broadened a controversial program to provide military equipment to local law enforcement agencies.  This reverses limited Obama-era reforms to the program, made in response to widespread outrage over the use of such equipment against anti-police-brutality protesters in Ferguson and elsewhere, as well as in the course of routine policing.

The new plan takes effect immediately and fully rolls back an Obama administration executive order that blocked armored vehicles, large-caliber weapons, ammunition and other heavy equipment from being re-purposed from foreign battlefields to America's streets.

Attorney General Jeff Sessions, who led the campaign for the program's reinstatement, outlined the President Trump's new executive order Monday in an address to the Fraternal Order of Police, the nation's largest police union, suggesting that Obama's directive was a concession to political pressure applied by civil rights advocates.

Included in the gear are such things as rocket-launchers and bayonets. According to the Trump plan, the bayonets would likely be re-purposed as utility knives and the launchers used to shoot tear gas canisters, instead of lethal ammunition.

Despite claims that the federal program was meant to release “excess” military equipment, a 2014 report by the Senate found that over a third of material supplied to local government agencies had either never been used by the U.S. Armed Forces or was in brand-new condition.  Police watchdogs, social movements and legal advocates have argued that the program lacks transparency and encourages police to use heavy-handed paramilitary techniques in the course of everyday policing tasks such as the execution of search warrants or probation checks.