Death Toll from Harvey at 38 with Rising Flood Waters 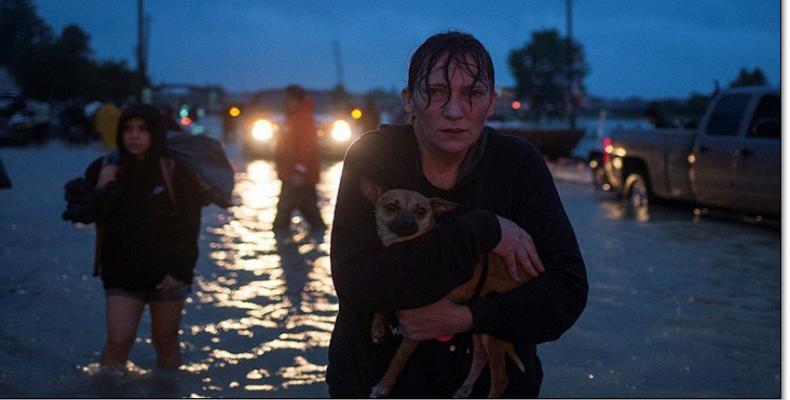 Houston, August 31 (RHC)-- In the U.S. state of Texas, Tropical Storm Harvey made a second landfall Wednesday near the border with Louisiana, bringing more rain and catastrophic flooding to the Gulf Coast as the death toll from the unprecedented storm rose to at least 38.

On Thursday, the city of Port Arthur, Texas, which is 100 miles east of Houston, was completely underwater.  Flooding even forced the city to evacuate one of its own shelters set up for people who had fled their homes.  Port Arthur is home to the largest oil refinery in the United States.

Meanwhile, a mandatory evacuation was ordered this morning for several subdivisions west of Houston near the Barker Reservoir area, which has already reached capacity.  Up to 40,000 homes may been destroyed and a half-million cars totaled in the storm, with more than 32,000 people currently in shelters across Texas.

Texas Governor Greg Abbott said Wednesday the storm will likely be the most expensive disaster in U.S. history.